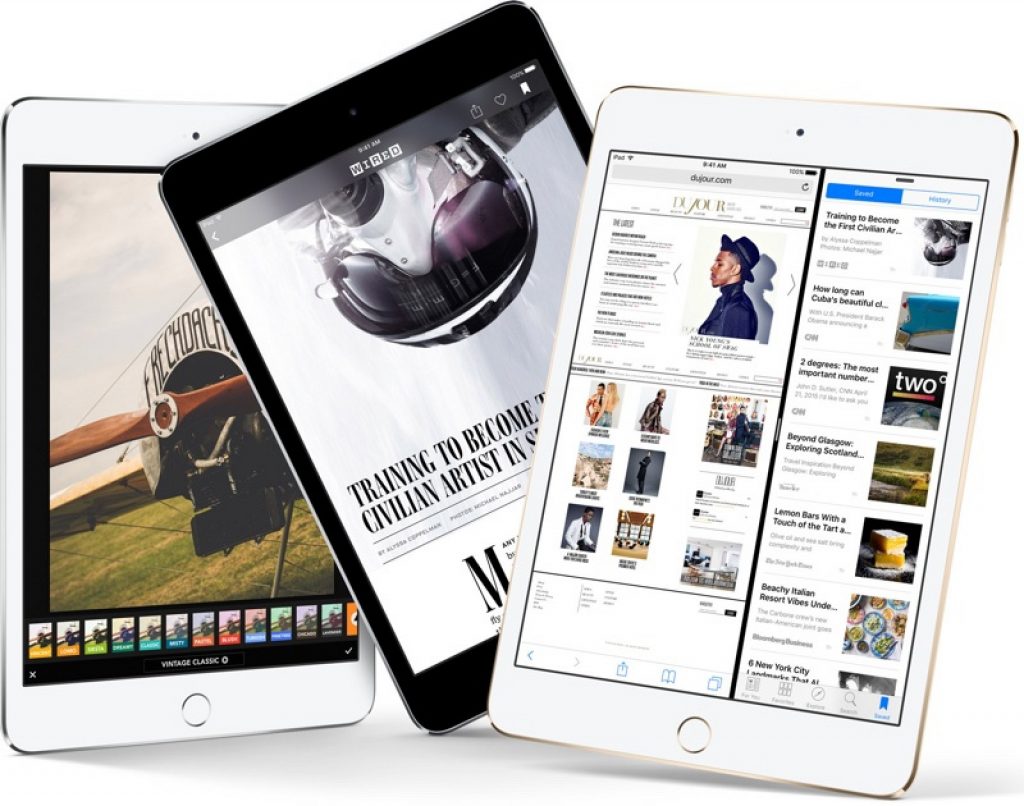 Apple unveiled a new iPad Mini with 128GB of storage for $399, this is the same amount of money you would have spent on the 32GB model with Wi-Fi, which has been discontinued.  If you would like to get the cellular model, it is retailing for $529.

I think the iPad Mini is a fairly good device to read digital comics, manga, newspapers and eBooks. The device is small and lightweight, which makes it extremely portable. The main reason I endorse this model is primarily due to the increased storage. The vast majority of comics these days are HD and they normally range between 200MB and 400MB for each title. The other reason is most app development companies normally introduce new features on iOS first and Android second.

I elected to write about the Mini, rather than the new 9.7 inch iPad equipped with an A9 chip and a brighter Retina display to replace the iPad Air 2, which has been discontinued. The main reason I did not recommend this tablet because it does not have True Tone display with a wide P3 color gamut, Smart Connector, Apple Pencil and Smart Keyboard support, 4K HD video recording, LTE Advanced, Live Photos, True Tone flash, and four-speaker audio. The iPad Pro 9.7 and 12 inch models have all of these features, which makes it a better buy.