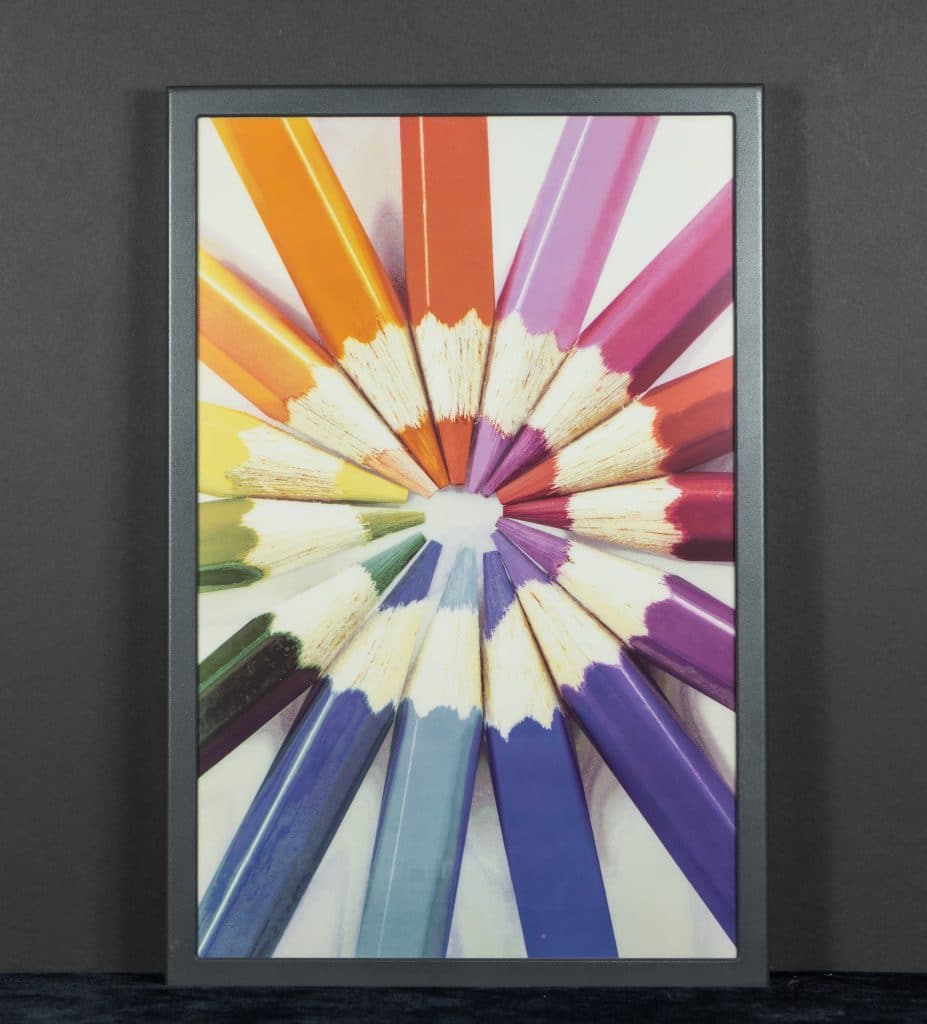 There have been only a handful of e-readers that utilized color e-paper. Ectaco, Hanvon and Pocketbook all released products that utilized technology called Triton, but were commercial failures due to the immaturity of the market at the time.  Why haven’t companies like Amazon, B&N or Kobo released a colored e-reader and what does the future hold for this technology?

One of the only companies that went beyond proof of concept and actually made it in a commercial product was E Ink Triton 1 and Triton 2. E-Ink Triton 2 came out in 2013 and the big selling point was the added layer of film that will give customers a higher degree of contrast and better color display from the previous generation, which came out in 2010. Triton 1 had a grid of 2×2 pixels, red, green, blue, and white and used a square color filter array. Meanwhile, Triton 2 has the same color display, but instead of using square pixels it is using rectangular. It should give you 4096 degrees of color with 16 levels of each.

Many companies told me off the record that the reason why they did not embrace color e-paper was because the technology looked washed out and these days users have higher expectations. The iPad and other high resolution tablets have trained customers that a full color experience should have super high resolution and phenomenal PPI, full color e-paper is simply not up to par.

In 2018 we might see some bigger companies get into the color e-paper space with new E Ink technology called ACEP, which stands for Advanced Color ePaper. It was announced in early 2016 and features a high quality, full color reflective display. For the first time ever, an electrophoretic display (EPD) can produce full color at every pixel without the use of a color filter array. It can display over 32,000 different colors and has a resolution of 1600 x 2500 pixels and 150 PPI.

So far the ACEP technology was relegated for digital signage, but E Ink told me on the record that it will be available for mass production in the e-reader space sometime in 2018. One of the challenges was to get the screen working with E Ink Regal Waveform technology and Freescale processors.  This is critically important because page turns have to be quick and to solve any ghosting problems.

Many of the old brands that utilized colored e-paper are no longer making e-readers anymore or have scaled back. The industry has consolidated and there are only a few major brands that sell hardware as a gateway for their e-book ecosystems. They have the strongest likelihood of releasing a color reader using ACEP technology and would appeal towards a huge demographic of  existing users. This could be aimed at casual users or digital paper writing devices such as the Sony Digital Paper, Remarkable or Likebook Note.

E-Reader owners tend not to upgrade their device every year or two. This is primarily due to the underlying technology not growing like it has for smartphones and tablets. A color e-reader might prompt hundreds of thousands of users to spend a few hundred dollars to upgrade.