You are here: Home / Smart Phones / Is there a future for Android Tablets? 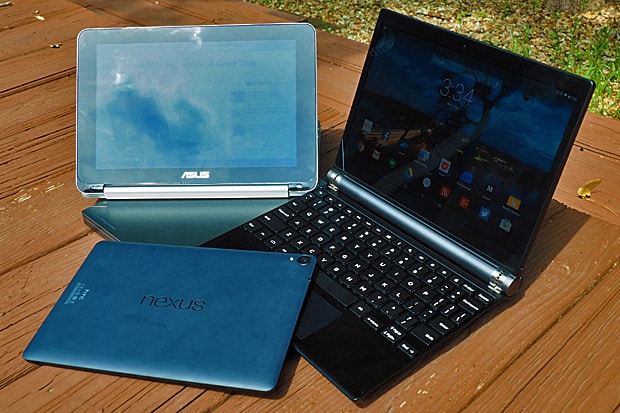 Google announced that touchscreen enabled Chrome tablets will be getting Android app support in the next few months. Sometime soon thereafter Chrome OS desktops and other devices will be getting access to Google Play and all of the core services.

Users will have access to the Chrome Internet browser, along with Firefox and millions of apps. Android apps. There is also going to be support for running apps in full-screen windows or in smaller, tablet or phone-sized windows that can be dragged and dropped around the screen.

Developers are going to have access to a new SDK that will allow them to augment their existing apps to optimize them for Chromebooks. If a specific Chromebook model does not have a touchscreen, they can take this into account and utilize the keyboard.

With so many apps and new features coming to Chromebooks, is there a future for dedicated Android tablets?

Android began as a smartphone operating system, although today it powers all sorts of gadgets including tablets, TV boxes, and smartwatches. But Android tablets have always been a bit of an odd fit.

The first models were released before Google officially supported tablets, so they essentially ran a smartphone version of the operating system. When Google did finally add support for tablets with the launch of Android 3.0 Honeycomb, the operating system was slapped together so quickly and sloppily that Google decided not to release the source code until after Android 4.0 Ice Cream Sandwich was available.

The vast majority of Android developers focus on smartphones and tablets are an afterthought. There are so many different screen sizes for large screen devices that making custom art assets and UI tweeks is often beyond one or two man operations.

Chromebooks these days can be purchased for a few hundred dollars and generally have around 32 GB of internal memory, which is enough to house your entire app and e-book collection. I think it will be only a matter of time before new models adhere to the convertible 2 in 1 framework that Apple and Microsoft are employing. This will allow you to hold the tablet in one hand to watch movies and then dock it for productivity tasks.

It will be interesting to see what new Chromebook hardware will be released in the next six months and if they will start to erode Android tablet sales. I think at the very least that Windows tablet sales will start to suffer.