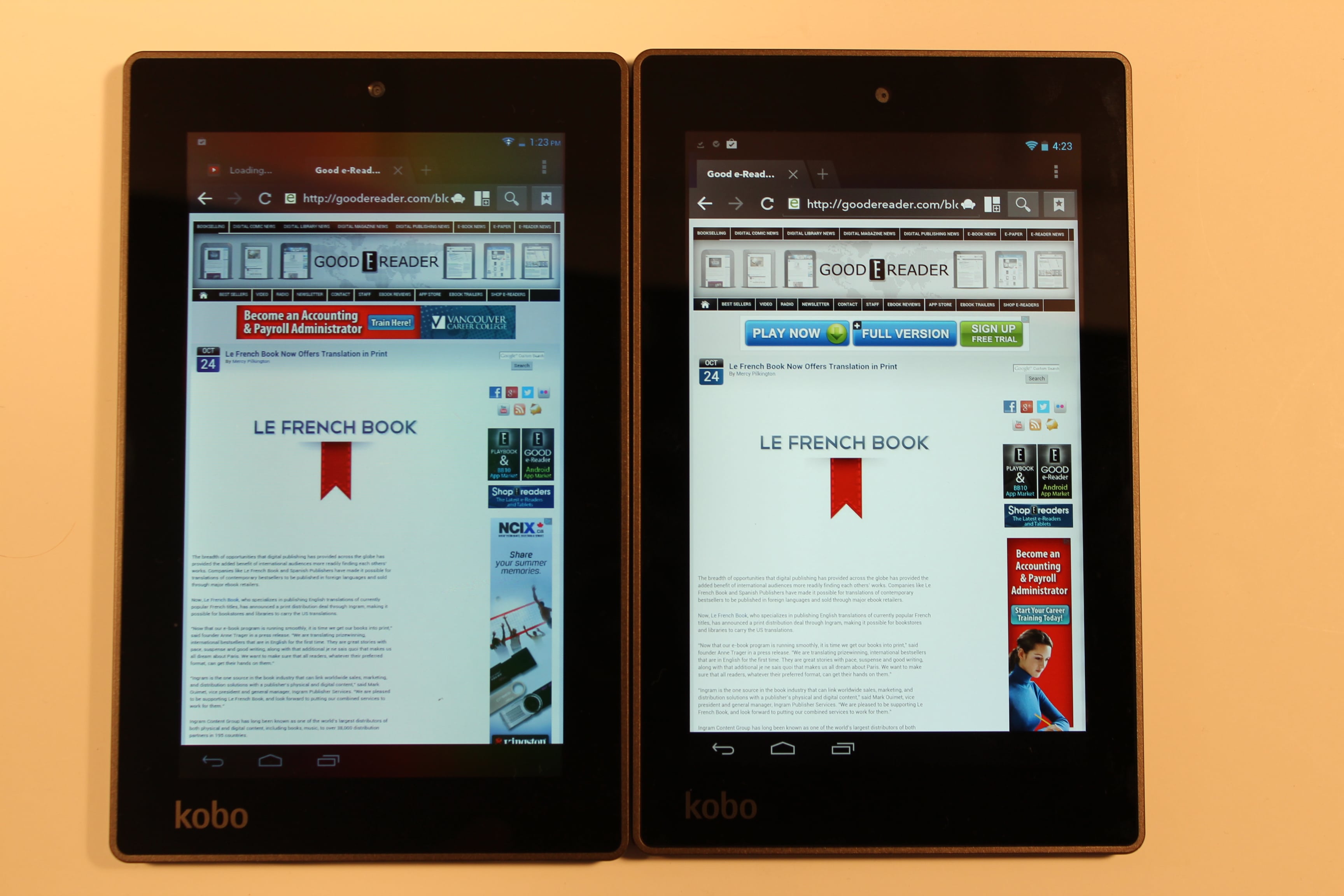 Kobo released the ARC tablet in 2012 and an HD model the next year. Some people are still using them today or buying one from an online marketplace for the very first time. Kobo has stated that “Your Kobo Arc tablet requires a mandatory software update by February 28, 2019. To stay aligned with global internet security standards, we are releasing a mandatory software update for all Kobo Arc tablet models. Without this update, your Kobo Arc tablet will no longer be able to exit the setup process after a factory reset is performed.”

The Kobo Arc 7 features a seven-inch capacitive LCD touchscreen with a resolution of 1024×600 pixels. Kobo had to sacrifice screen quality to drive down the price, but if you are buying this just to read eBooks, magazines, and newspapers, it should be more than sufficient. Underneath the hood is a Quad-Core, 1.2 GHz. processor. There are also 1 GB of RAM and 8GB of internal memory, you can enhance the memory up to 32 GB via the Micro SD.

The Kobo Arc HD features a seven inch capacitive touchscreen display with a resolution of 1920×1200 pixels. It currently has over 323 PPI and will play back videos in pure 1080p. This is quite an upgrade in screen technology over the original Arc, which only had 1280 x 800 HD resolution and 215 PPI.

How to update the Kobo ARC and Kobo ARC HD

1. Open the Settings app.
2. Tap ‘About Kobo Arc’ at the bottom of the Settings list.
3. Tap ‘System updates’.
4. You should see a ‘Check for updates’ message.
5. Tap ‘Check Now’ and follow further instructions.