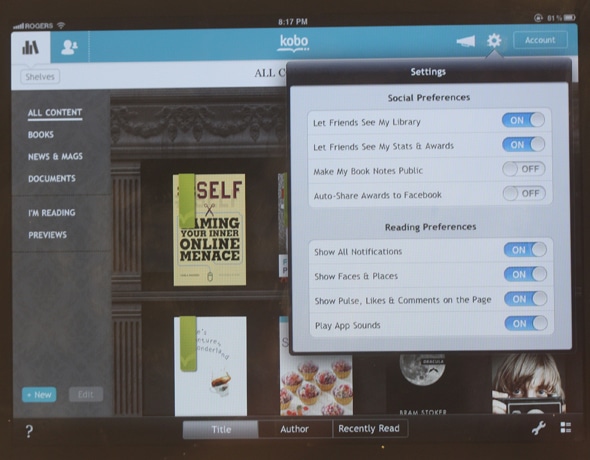 Kobo has updated their iOS application for the iPad, which brings more functionality to their Pulse program. The last Kobo update brought Pulse to the iPad, which gives you a chance to see who is reading the same book as you and chat with them in real time. It also adds a thumbs up/down feature to promote the best comments to the top of the page. Today they expanded on the Pulse for iPad tp finally turn it off completely.

Users have been emailing us and commenting on our initial news item about Kobo Pulse hitting the iPad, saying that they found it intrusive and wanted to turn it off. Today the company added the feature in the settings menu on your main library shelf to turn it off if you desire.

The update is being pushed out right now via the Appstore and it takes only a few minutes for the application to be upgraded.