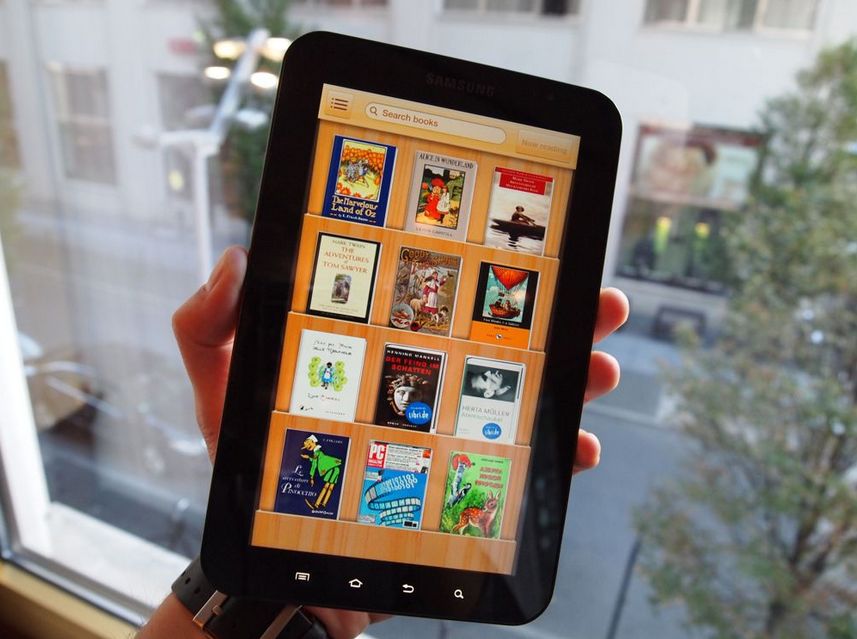 Samsung may have had a tough time finding buyers for its original 7 inch Galaxy Tab if Andrew Barrow, an executive at Lenovo is to be believed. In fact, he is painting a very dismal picture as far as Galaxy Tab sales figure is concerned as its just 20,000 of the 7 inch tablet that have been sold. This when a total of no less than a million Galaxy Tabs were shipped. The Galaxy Tab running on Android Froyo was touted as a competitor to the iPad when it first began shipping towards end 2010.

Samsung, on its part has been tight lipped about the exact sales number of this tablet though they did admit at a meeting held in January that the sales figures were short of the mark. High cost of the device has been concluded to be the main factor for the low sales. However, if Samsung does try to undercut the iPad they would have to give away money as the team thinking goes.

Barrows claims however have been questioned by Rob Bamforth, a Mobile Analyst from Quorcica. He says, “It’s certainly plausible that sales into the channel are going to be significantly higher than sales out. When you walk the streets and take the train you see iPads. Certainly the [Android] figures will be relatively poor. Whether they’re that poor, I don’t know.”

There is however reason to doubt the low sales of Galaxy Tab could very well be a misnomer given the fact that Samsung has been making claims of its high shipment numbers. It could be reasoned that Samsung is merely citing the inflated sales figure to make people to believe the Galaxy Tab is indeed a viable iPad competitor. This might be a marketing strategy adopted by Samsung for increasing and this is where Lenovo executive claims the entire goofup lies.

However, the fact also remains that in case sales were indeed as poor as is being made out of it, then resellers would have been returning unsold stock back to Samsung. Such a major loop back effect has not yet been reported. There is the recent instance of the TouchPad that was about to be returned by Best Buy when its sales had dropped drastically.

“These things tend not to emerge immediately, but if it was that bad three or six months in, you’d expect grumblings from various channel partners and I haven’t seen significant grumblings,” Rob Bamforth, a mobile analyst with Quocirca said.

Apple yet rules the roost as far as its iPad goes and this is well established whatever be the number games that Samsung or any other tablet maker sings. There has been no official statement from Samsung as yet. Samsung already is in the midst of a patent battle with Apple and is on the back foot on many occasions where its Tab 10.1 has been banned. Wonder if its Samsung vs Lenovo next in the offing.