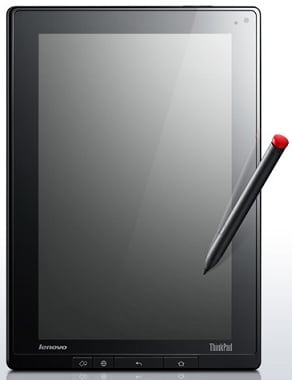 A prime prerequisite for a tablet device to succeed is the presence of a viable app store to get content on the device. The ability to get new apps and games can make or break a tablet’s positioning in the market. After all, what use is a tablet with great hardware specifications if you can’t do anything with it. Case in point, the Google Play Market and Apple App Store make any device connected up to those viable.

Lenovo seems to be more inclined to focus on enterprise solutions via their Lenovo Enterprise App Shop. It would be something different from both the Play store that Google has to offer or the Apple iStore. Further, the app shop by Lenovo would be company specific and they could offer discounts for licensing if taken in large numbers.

Also, a unique aspect of the Lenovo Enterprise app shop is the onsite management feature incorporated in the site, which is being appropriately called the App Shop Manager. The feature will allow a company to decide which apps will be available in their enterprise group for employees to have access to. This way the company can set aside the software which may not be compatible to their needs. What Lenovo would do is provide for overall security of the apps, periodical updates, and so on. The online site for the app store is still in progress, and when it is up all the gadgets that have Android 3.1 Honeycomb or higher will be able to gain access to it. There is a chance that Lenovo will also provide for older versions of Android to gain access at a later date.

While it’s too early to say if the Chinese company’s attempt to have a bigger slice of the enterprise app segment will pay off, the idea does hold potential. There are already applications which would be suitable for enterprise use in other markets, though the corporate higher echelon may not like the idea of downloading from a store that’s named Play Store. The Lenovo App store can provide that much required filler for such enterprise requirements, while also making Android apps more compatible with business users.

Lenovo had launched its ThinkPad model for enterprise users, though the tablet has not made much of an impact so far. Meanwhile, here is the link to the Lenovo Enterprise App Store.