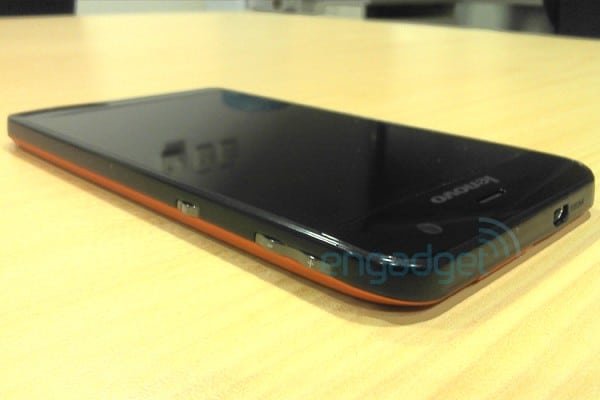 Devices with a 5 inch display present a strange scenario. With that much screen real estate, it can be a smartphone as well as a tablet, but is neither if taken from a strict perspective. It’s too big to be christened a smartphone, while too small to be considered a proper tablet. Dell experimented with this genre with the Streak, but it never really took off and later got discontinued.

However, that didn’t stop Lenovo from coming up with a similar device, though we still don’t know much about it. It’s not known whether Lenovo is positioning the device as a tablet or a smartphone, though there is no reason not to configure it for both considering bigger 7 inch tablets also have phone capabilities. Maybe it’s more portable than the 7 inch counterparts, being simpler to pocket it than the other Lenovo offerings like the IdeaPad A 17 and the K1 of 10 inch dimension. The 5 inch variant would come with a microUSB port and a micro HDMI port, along with a front facing camera.

Also, apart from the usual tablet features, a 5 incher can be advantageous as a portable e-book reader while on the move. It allows you to catch up with reading and can be easily slid back into your pocket when not in use. This will save avid readers from having to carry their e-book reader when they are travelling, while a 5 inch display provides decent space to allow for comfortable reading.

As per Engadget, the tablet would go under the name of LePad in China and for other countries it would bear the name IdeaTab.