You are here: Home / Tablet PC News / Mega Man X is Back! Play it on your iPad 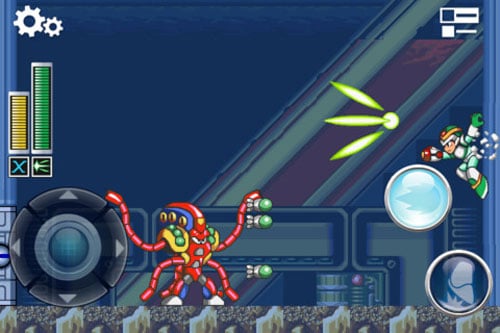 This should be good news for those for whom the Mega Man X brings in sweet memories of their good’ol days. For the classic robot slaying game is now back to do the same on iOS devices once again. However, the times have changed and there definitely some changes incorporated in the iOS version of the Mega Man X that Capcom has come up with. Like gone are the heavily pixelated display which has now given way to much rounded and sharper images which no doubt look great on the iPad. Needless to say the the Maga Man X would have looked thoroughly outdated on a modern device such as the iPad. Also, there has been enough changes — and it should have been extensive — introduced in the game codes to ensure it now responds to simple taps and touches instead of joystick moves.

Of course the purists might differ but the Mega Man X in its new avatar is definitely worth looking at again. Its available right now at the Apple App Store for $4.99.