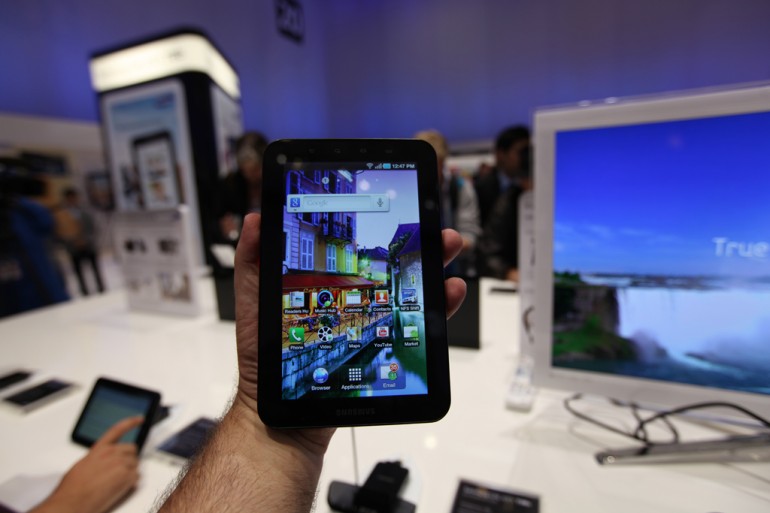 The Galaxy Tab is all set to make its presence felt in many more regions of the world though this time, its largely confined to the South Eastern regions of Asia. The countries to benefit with the latest round of the tablet’s launch is Hong Kong, India and Singapore. And all of these countries will have see the Galaxy Tab enter markets within the first week of November itself.

The Galaxy Tab is now available from like Broadway or Fortress, or for that matter, from any major electronics retailer for a cool HF$5,688. PCCW though have stated they have a special data plan in store for the Galaxy Tab. And as for its content, Samsung has entered into an agreement with a number of local publishers that are keen to provide content to the tablet device. These publishers include Ming Pao Group, Crystal Windows Books, Cultural Communications Press, Joint Publishing, GuangBo Media Limited, Mings Reader, Chung Hwa Book Co and Cup.

The country will get to have a taste of the Galaxy Tab from the 10th of November though Samsung has already started accepting pre-orders for the same. So anyone excited to have the Galaxy Tab can put in their details at the official Samsung website or at Flipkart or Future Bazaar. Price has been fixed at Rs. 38,000 which is just 3,000 more than what Dell is asking for its 5 inch Streak smartphone/tablet combo device. Samsung has also tied up with carriers Airtel , Aircel , Vodafone , Tata DOCOMO and RCom though none of them has come up with any specific data plans as yet. However, that’s going to happen soon as its just 10 days later that the Galaxy Tab will start showing up on store shelves. Samsung has also stated the 7 inch Android 2.2 tablet will come pre loaded with several apps like MapmyIndia Maps and so on.

The Galaxy Tab story in this island state begins from the 13th of November with Singtel being the official partner. There will be both the 3G + Wi-Fi as well as the Wi-Fi only version that will go on sale while there’s going to be an unlocked version of the Galaxy Tab that can picked up.

However, its the 3G + Wi-Fi version of the tablet that will go on sale from Nov 13 to be followed later with the Wi-Fi only version. Pricing details are yet being worked out though its learnt there will be 3G Flexi, Flexi Lite and Flexi Plus plans on offer from Singtel though we do know for sure the price for the sim free version starts at S$998 which works out to $769.65 US.

Also, while Singtel is yet to come up with its pricing structure for the tablet, it has announced the Galaxy Tab will boast of several features right out of the box which includes local magazines such as August Man, Android apps as well as its video and music services. Singtel will also make available the Barclays Premier League broadcasts which users will be able to watch on the tablet.

In a related development, Samsung has tied up with various sources that will now be providing content for the Galaxy Tab. For e-books, Samsung is partnering with WHSmith while its Financial Times that will be providing news content. Similarly, Gameloft will make available games on the Samsung tablet. For this, FT & WHSmith have come up with their respective Android applications with Ft announcing they have also gone ahead and developed a HTML 5 version of its app as well in addition to the Android application. Gameloft, on its part has stated they have developed two launch titles to cater exclusively to the Galaxy Tab.