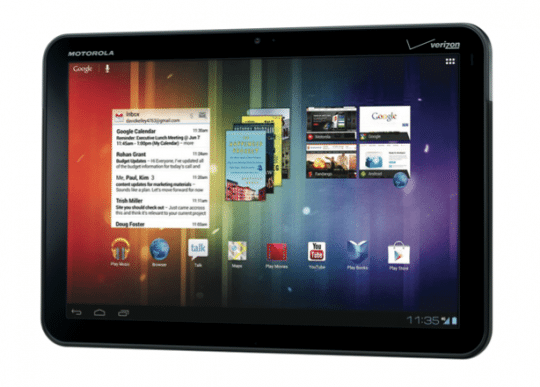 The Motorola Xoom tablet is now ready to get the Android ICS update, which should make a ton of people happy. The official date for the big transition has been set in stone for June 4th, which is pretty late for a tablet that once boasted of being the first tablet to run Google’s tablet specific Android 3.0 Honeycomb. The Xoom has scored another first, though. The XOOM 4G is the first tablet from Verizon to be upgraded to Android ICS. The Wi-Fi version has already made the all important transition, so now it’s the 4G LTE versions’ turn. Also, while the Xoom is getting on-board the ICS bandwagon pretty late, users can still rejoice as they getting the latest Android ICS build, i.e. Android 4.0.4 IMM76K.

Among the interesting features that come with the upgrade are speech-to-text conversion software and the ability to customize the home screen via a “latest launch bar.” There will also be a built-in photo editor as part of the upgrade.

The Motorola Xoom may seem to be last year’s tablet, but there still are a good number of them in use and the upgrade should ensure the XOOM stays relevant.