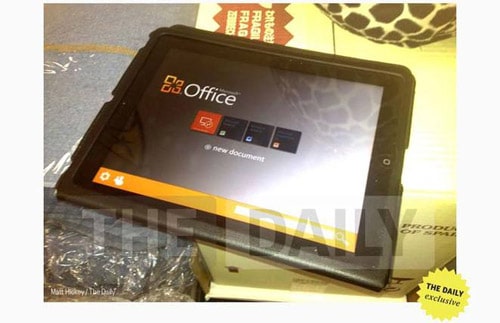 Microsoft’s Office application for the iPad has been in the making for quite some time now, though it seems ready for a release soon. An image of an iPad tablet running the popular MS Office application was leaked online with the application design resembling that of the Metro Style that is being developed for Windows 8. Also, the app includes Word, Excel, and PowerPoint icons, though Microsoft’s other extremely popular Office software Outlook has been kept out of the iPad application.

With the application seemingly ready for submission with Apple, it could still be a few weeks before it gets Apple’s approval.