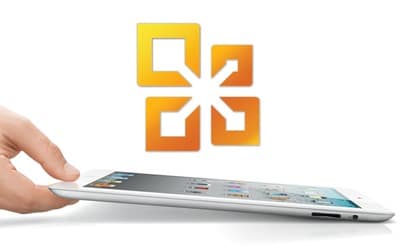 After a series of flip flops, the much awaited debut of Microsoft Office suite on the iPad is still unknown. Rumor had it that MS Office would be launched on iOS and Android platforms by Nov 10, though it seems now Microsoft is not able to make up its mind as to when will be the perfect moment for the launch.

What is adding to Microsoft’s woes is that it has its own touch friendly Windows 8 OS lined up for launch towards October. A host of tablet PCs running Windows 8, along with other devices, have already been announced. We assume the bulk of them will reach store shelves around the Oct-Nov period. Microsoft will want to have the touch optimized MS Office lined up for release on Windows 8 devices before anywhere else. A Nov 10 release date for iOS and Android could have been perfect.  Further, the key user base for MS Office is the business community, and Microsoft does not want devices based on Windows 8 to be beaten by the iPad once the software is released to Microsoft’s competitors.

That said, not releasing MS Office on the iPad can be an even bigger blunder, given the immense popularity that the tablet enjoys. Another reason for Microsoft to launch the Office application suite on iOS and Android devices is the recent buyout of Quickoffice by Google. Quickoffice offers software to open and edit Microsoft Word, Excel, and Powerpoint files on Android and iOS devices, offering huge respite for users who otherwise would have had to do with just the note taking app “OneNote” that Microsoft has made available on the iPad. Google already has its own suite of online e-mail, word processing, and spreadsheet applications that it wants users to start using, though with limited success so far. With Quickoffice under its belt, it might pose a bigger threat to Microsoft than ever before if MS Office is kept away from the iPad. QuickOffice currently sells for $19.99 and is the seventh most sought after productivity app on the Apple App Store.

Inside sources do point out the Office app for iOS and Android are ready for release, though Microsoft will now have to make the tactical decision of when to release it.