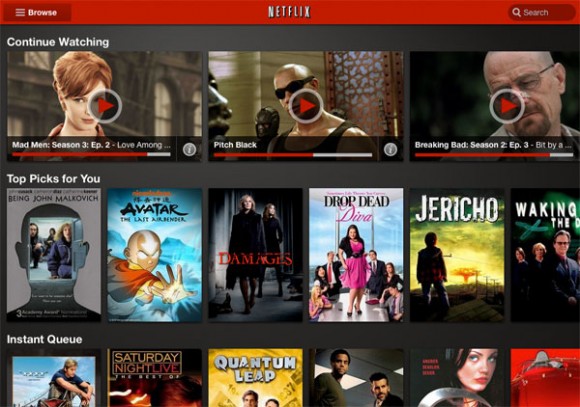 Netflix knows many people are adapting Android Tablets in order to view their content, and with the recent release of the Amazon Kindle Fire, more people than ever will be looking to install it on their device. Today the company announced they were redesigning their Netflix app to make it more slick and polished.

The upgraded app is now available on many Android Markets and is very friendly to touch enabled devices. It shows more movies and content than the old one ever did by giving more focus on its ever expanding catalog. When you look at the new videos or television shows, you will actually now see live screen captures in the form of thumbnails instead of simple buttons.

“In the last 12 months we have seen a threefold increase in how long Netflix members are watching on their tablets,” Neil Hunt, chief product officer at Netflix, said in the news release. “We’re happy to debut a new user experience coinciding with the release of the next generation of devices from industry leaders.”