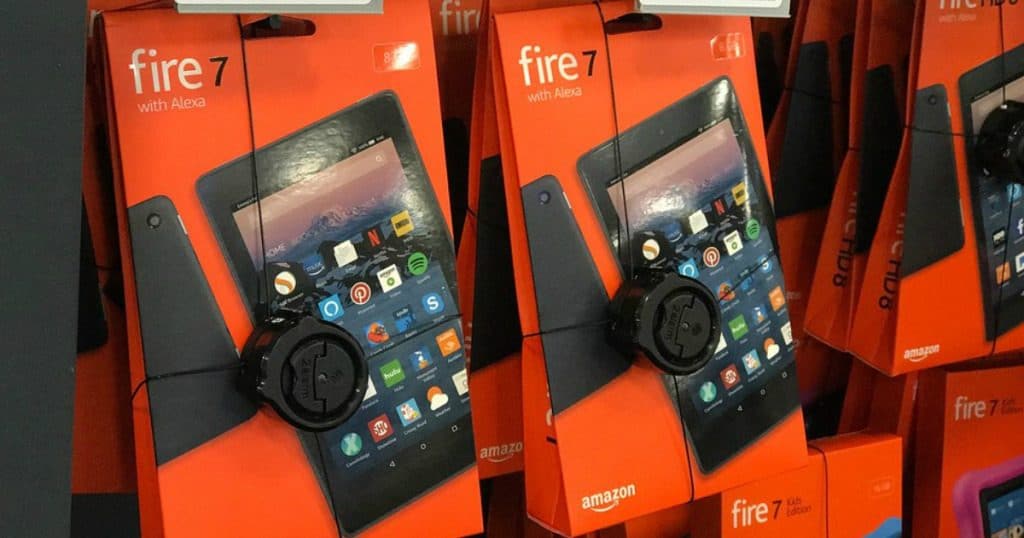 Starting this week, Fire 7 and Fire HD 8 (2017) owners can enjoy a new way to interact with Alexa on their tablets. Instead of pressing down on the Alexa button, Fire owners can simply use their voice to ask Alexa to play a song, turn off the lights, start or pause a movie.  Amazon said to use Alexa hands-free functionality on the Fire 7 and Fire HD 8 tablets across the room, users will need to plugin their tablet to a power source.

Fire tablets also don’t include far-field microphone arrays, but you should be able to easily activate Alexa if you’re close to the tablet. For those who have a variety of Alexa-enabled devices in their space, the tablets have Echo Spatial Perception support — meaning the closest device will respond when activated. With ESP technology, an Echo speaker that is on your nightstand will respond to you before your tablet does if it’s further away.

Once the free update has been downloaded to your Fire 7 or HD 8 the hands free mode is not automatically enabled by default. In order to activate it you need to open up Settings, tap on Alexa, and toggle on Hands-Free Mode. Amazon has stated that the firmware update will be available sometime this week.