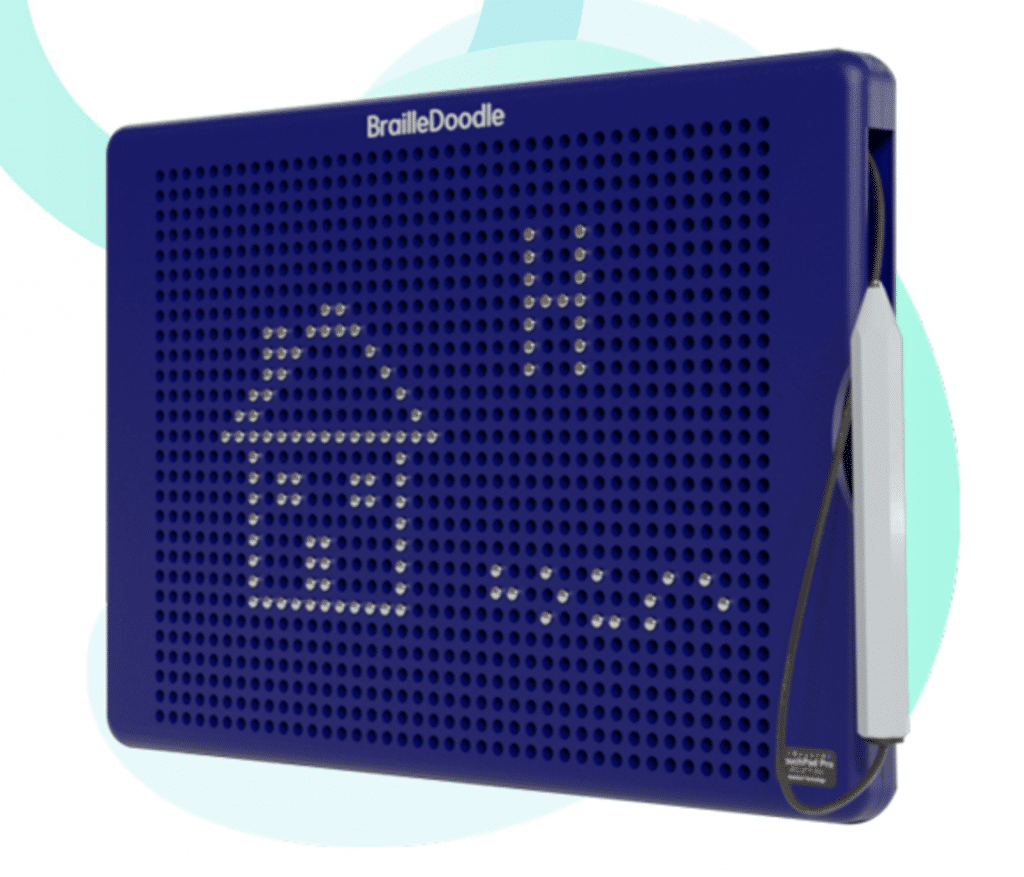 In what can be seen as a revolutionary development for the blind or those with visual impairment, a New York-based teacher, Daniel Lubinar has come up with a unique tablet device specifically built for such people. Named Braille Doodle, the tablet device has been designed to aid in imparting education to the blind, something that the device does remarkably well.

The BrailleDoodle, as the tablet is named, comes with the same form factor as a tablet but has an array of tiny perforations making up what would have made up the main display area on any conventional tablet. Then there is an accompanying stylus pen which works in unison with the display to create images or art objects.

We are trying to make real, enduring change, one innovation at a time! Please share and consider… https://t.co/HRIcG63Un5 https://t.co/npjrzmo6Hr

The images are created on the surface when the pen comes in contact with the balls. This way, the tablet’s surface creates the same interface as would a Brailled piece with the balls mimicking the raised dots that you get to see or rather feel in Braille. The students will get to comprehend the written text or piece of art by feeling the raised surface with their fingertips.

Lubinar said he felt the need for such a tablet since the time he took up the assignment of teaching art to the blind in the New York Institute for Special Education in the Bronx. In fact, he considered his students to be among his co-developers as the tablet has been developed with active inputs from them. Lubinar further added the new BrailleDoodle tablet can go a long way in enabling students to pick up Braille skills, something that also enhances their employment prospects as well.