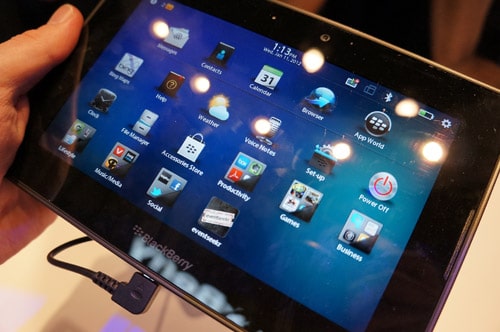 The BlackBerry PlayBook  and the PlayBook OS Update 2.0 have been expeted for quite some time, and all that was missing was the official release date. RIM confirmed the new release date in a webcast that focused on “Developing native games with the BlackBerry NDK 2.0.” Not surprisingly, RIM has refused to commit to the Feb 21st date, but is sticking to the update being made online within the month of February. In such a scenario, what is a surety is that the update isn’t too far away and we won’t have to wait too long in the unlikely event that the update is not released on Feb 21.

As for the update, it’s going to be the most significant since the PlayBook device was launched almost a year ago. The update is expected to bring along features such as native calendar, email, and contacts apps, along with support for Android apps on the PlayBook tablet.