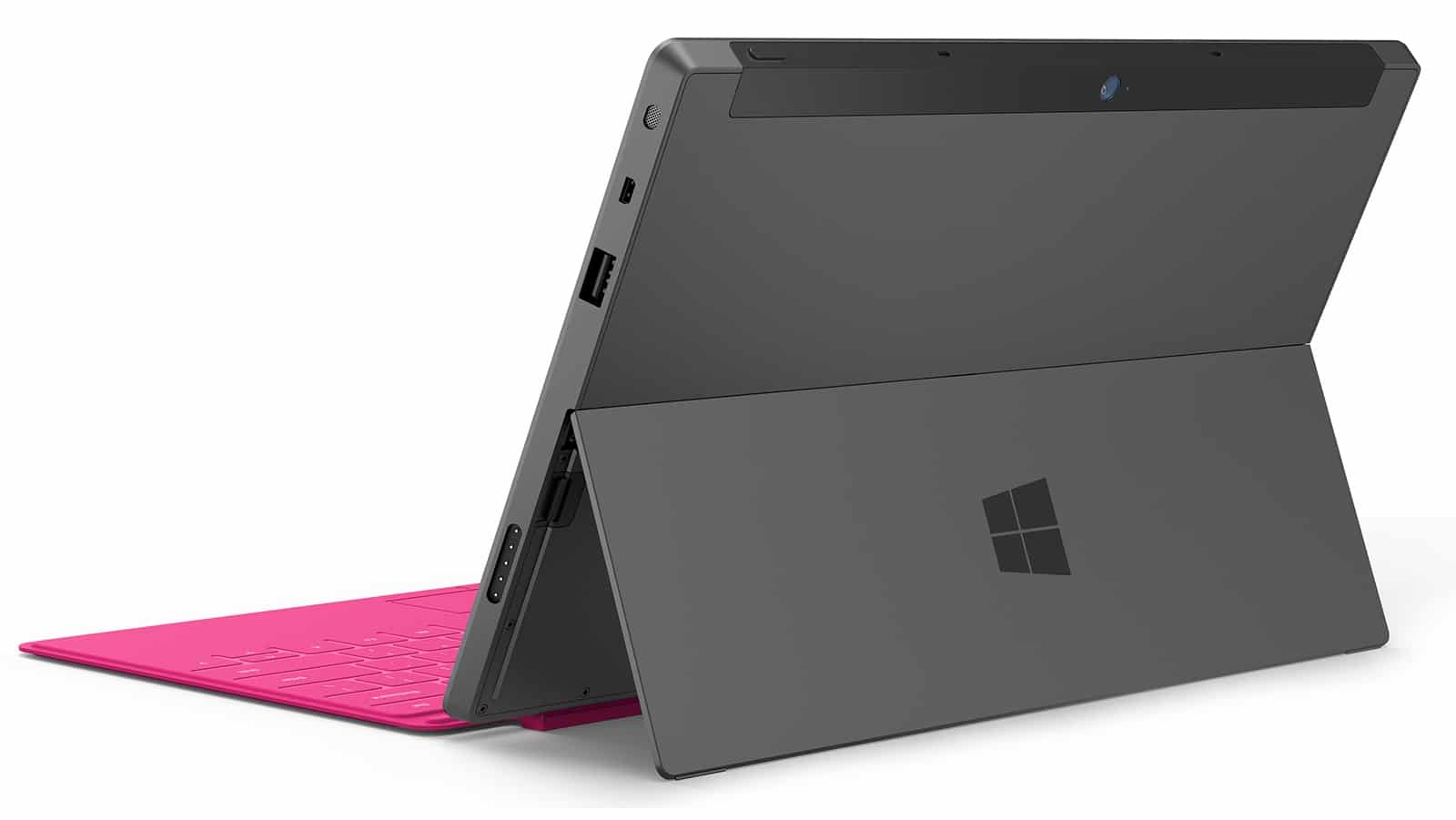 Microsoft’s much publicized event has yielded the desired result, a new line of tablet devices named Surface. It is set to run on the new touchscreen optimized version of Windows 8 or Windows RT. The development is interesting as this brings the software behemoth back to hardware business similarly to Apple, which also designs hardware to accompany its own operating system. Microsoft has until now kept itself confined to manufacturing gaming consoles or computer peripherals, such as keyboards and mice, though the Surface brings the Richmond based company into developing consumer oriented computing devices in the high stakes tablet segment.

Coming back to the Surface, there are two broad versions on offer, the consumer oriented ARM based tablet running Windows RT and the Windows 8 based Surface built around an Intel chip with business users as its main target. Common aspects with both the devices is that they both boast of a rigid magnesium casing, which Steve Ballmer didn’t waste the opportunity to boast is an industry first. Also, both the versions come with a 10.6 inch “ClearType HD Display” with a built in stand as well, to allow for hand-free operation. Microsoft has also stated the surface to be “permanent scratch and wear resistant,” which in turn reduces glare and enhances readability.

Vents are built along the perimeter of the tablet, which Ballmer described as “groove around the edge of the case which allows air to be vented so you never block it with your hands.” This, experts believe, will not allow the Surface to get as hot as the latest iPad. The Surface will also be receptive to a pen input, which Microsoft described as based on digital ink. The tablet will cease to accept touch based inputs when the pen is held close to the display.

As for individual specifications, the Surface tablet is built around an ARM processor that will have two internal storage options of 32 and 64 GB. The tablet weighs 676 gms and is just 9.3 mm thick. Both the figures compare favorably with the iPad 3, the corresponding figures for which are 9.4 mm and 652 gms. However, the Surface still loses out to many other tablet PCs by a few mms and gms on the thin and light aspects. The Toshiba Excite X10 LE is among the thinnest at just 7.62 mm.

These apart, the Windows RT Surface comes with a microSD, USB 2.0, Micro HD Video ports and will be fully compliant with Office Home & Student 2013 RT. Battery life will be a commendable 31.5 hours.

For business users, the Windows 8 Pro running Surface is a bit heavier and thicker at 903 gms and 13.5 mm. The tablet will be available with on-board storage options of 64 and 128 GB with an impressive battery life of 42 hours. As for ports, the tablet features microSDXC, USB 3.0, and Mini DisplayPort Video slots.

Also, Microsoft isn’t promoting the Surface as just a tablet device, but a full PC, thereby targeting the ultrabook segment as well. For this, both the tablet version comes included with an iPad-like smart cover, though betters that with a physical keyboard complete with a touchpad built into the back cover. When not in use, the keyboard cover will fold on to the tablet’s display and will act as a protective layer. However, the keyboard, which is connected to the tablet itself and can be deployed at ease when needed with a stand at the tablet’s back, holding it in an upright position so that the entire setup mimics an ultrabook.

“If you use your PC to design and create things, this is for you,” Ballmer said. “Imagine if we built this so we could use all the apps you’re familiar with,” indicating the Surface won’t just be for content consumption but can also be for content creation.

Overall, the Surface brings about a fresh approach to the tablet segment, but a lot of questions still remain unanswered. More importantly, the tablet’s actual performance in real life is what will count and that will make or break the device. Price is another factor, though Microsoft has stated both the Surface versions will be priced as per industry standards. Needless to say, Microsoft has to be spot on here if it wants to delve deeper in the tablet market, or else it will only be a minor player confined to the surface of the multi-billion dollar lucrative tablet market. Also, the Surface will not only be up against the market leader iPad, but a host of other convertible tablet PCs as well, a glimpse of which we have already seen at the recently concluded Computex event.

Watch this space for more updates on this.