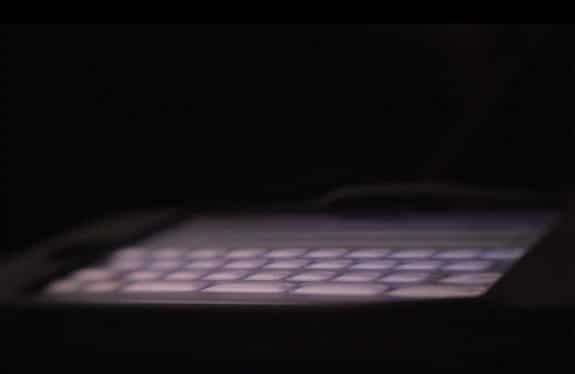 How about a display that can take the shape of a real keyboard? The surface of the display will become elevated to mimic the physical buttons of a keypad and then disappear just as quickly as they emerged. It sounds like science fiction, but the Tactile Layer technology (which is the result of the combined efforts of California based Tactus Technology and Touch Revolution) may develop enough to be included in future tablet devices. The innovative technology has been demoed on a tablet running Android at the Display Week 2012 conference held in Boston.

“Touch Revolution is very excited to announce this new partnership with Tactus Technology — their solution is an ideal and revolutionary complement to our own industry-leading touch screens,” said Mark Hamblin, founder and CTO of Touch Revolution. “We are looking forward to seeing new mobile and consumer devices using our combined technologies in 2013.”

The display becomes just as flat and smooth as any touchscreen surface, and to have a shape shifting screen could be wonderful for smartphone and tablet users who want a real keyboard experience. Based on micro-level control of fluids through tiny channels, the Tactile Layer technology makes the display not only rise but also exhibit different levels of size, height, and firmness, while also morphing into various shapes as well. This is against vibrating “haptic feedback” that most touch sensitive screens rely on to ensure users are comfortable using the devices.

There have been other similar developments in this field. A Japanese company experimented with the idea of “allowing users to mold the shape of touch screens like high-tech Play-Doh.” Nokia had the idea of “magnetic tattoos” that they claimed will allow smartphone users to actually feel on their skin vibrations related to cellphone alerts. However, of all such ideas, the Tactile Layer technology based displays that morphs 3D buttons holds the most potential to actually make it to a production tablet or a touch based e-book reading device. Of course, smartphones or hand held gaming devices can also benefit from the amazing technology.