You are here: Home / Business News / NewspaperDirect Poised to Release PressReader for BB10 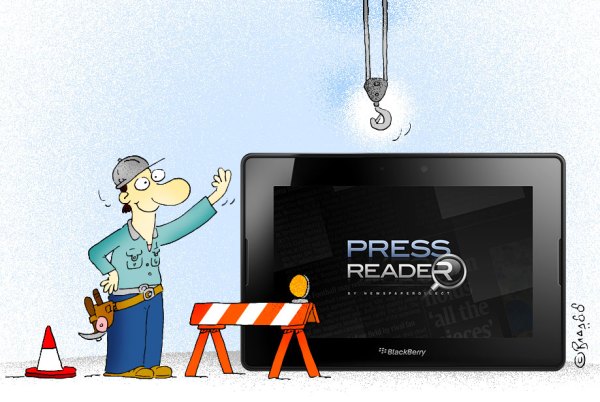 NewspaperDirect has confirmed today that its original PressReader app will be available on the Blackberry 10 platform.The company intends on bringing over its massive library of more than 2,300 full-content digital newspapers and magazines from 100 countries in 56 languages.

“We are committed to giving our subscribers and those of our SmartEdition publishing partners the optimum reading experience on the latest mobile devices,” said Alex Kroogman, CEO of NewspaperDirect. “Our development team is making excellent progress on the new BlackBerry 10 platform, and there’s no question that when PressReader debuts for BlackBerry 10 it will set new standards for delivering the world’s media on mobile handsets.”

PressReader has been very loyal to the Blackberry platform since 2007 and introduced support for the Playbook the day it was launched. Its newspaper selection appeals to readers based all over the world, and the company does not lock you into any specific region. You can quite easily subscribe to UK, USA, Canada, and India based content at the same time. This app is expected to be widely available on the upcoming smartphones that are planned for release in Q1 2013. PressReader is also making sure the app will work on the next generation of the Playbook.