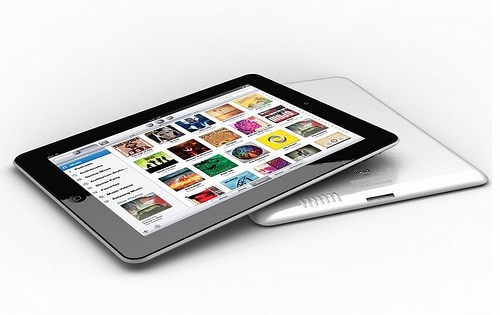 A total of one million units of high resolution flat panels have been shipped by LG Display, Sharp, and Samsung electronics in October, as reported by sources in the industry. The shipments were all against orders placed by Apple for their next generation iPad devices.

There is a very close similarity to the touch modules being developed by TPK Holding and Wintek, which are being used by Apple for their iPad 2. These two panel makers are also supposed to be commencing their panel shipment for Apple by mid November or December. It would be one additional million units that these two companies will make available to Apple.

As such, with these figures regarding panel and other associated component movements, it would perhaps be safe to presume that Foxcon Electronics—the company that assembles the iPad tablet devices for Apple—should be able start their operations by January 2012.

There is another exclusive type of panel that Apple is developing with the help of AU Optronics and LG Display. This panel is to be 7.85 inches by dimension and prototypes of the same have already been received by Apple. However, whether Apple wishes to use these for the iPad 2 or for future Apple tablets is anybody’s guess, though chances of it being for the next gen Apple tablet seems more likely. This since there already are reports of Apple going slow with iPad 2 production, something that analysts believe is to push iPad 3 ahead.