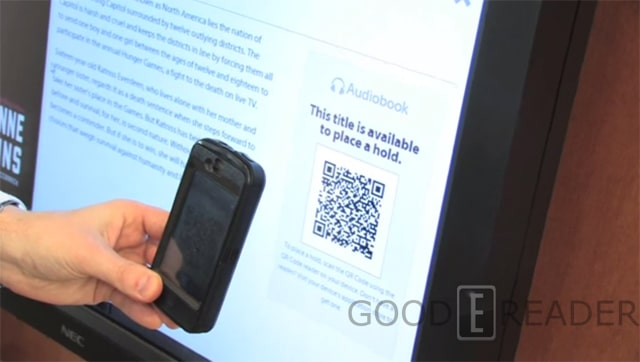 Overdrive is currently the largest system used by libraries to facilitate the lending of eBooks, Audiobooks, Videos and more. 3M this year has unleashed their own digital lending system to libraries and is slowly gaining tracking beyond their pilot locations. The one advantage 3M has is their Cloud Discovery Terminals. It gives users a touchscreen platform that patrons can browse their libraries selection of content and then be sent to Android or iOS tablets to read the books. Today Overdrive has announced their Media Station, which is a direct counter to 3M’s technology.

Currently the Media Stations involve touchscreen monitors to browse and select digital content they want to borrow. One of the cool aspects is that books will display a QR code that you can scan with your smartphone or tablet and have the books directly download right to your device.  In the near future they will employ iPads and other Tablets that are tethered down to prevent theft and give patrons more options to read the content in the library.