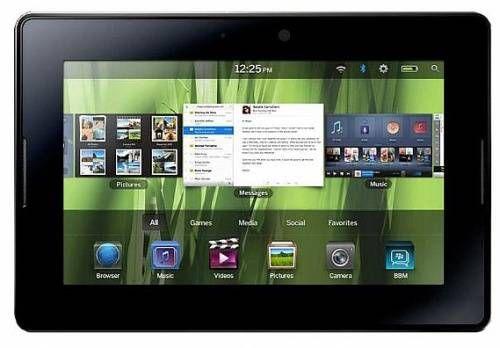 The 16 GB version of the PlayBook might have already seen its best days and is now headed for retirement. A company statement has confirmed the move, since the 32 GB and 64 GB versions are getting more attention.

“RIM will no longer be making the 16 GB model of the BlackBerry PlayBook tablet. The 16 GB PlayBook will continue to be available for distributors and retailers while quantities last. We continue to remain committed to the tablet space and the 32 GB and 64 GB models of the BlackBerry PlayBook continue to be available from our distributors and retailers around the world.
There is more value for our customers in the higher capacity models (32 GB, 64 GB), and as such we have decided to focus our efforts here.”

The revelation was made to engadget, which explains why the entry level PlayBook has been increasingly hard to find. Clearly, no fresh production of the model is being pursued and the ones on the store shelves are the only ones available available for sale.

RIM had initially priced the tablet at $499 when launched a year ago, but was forced to lower it to $199 owing to the less than enthusiastic reaction it got from consumers. However, selling the tablet at such a price point wasn’t adding much to the company coffers, which is struggling after having ceded a lot of ground to its rivals Apple and Samsung.

The PlayBook has recently been provided with a major software update that allowed the tablet to host quite a few Android apps. An acute shortage of apps had given RIM a bad name, which along with a few other major deficiencies ensured the PlayBook had only a few takers. Things have recently improved, as it’s now possible for a developer to port the Android apps to the Playbook tablet with little effort. One of the plus points of the PlayBook is its browser, which is the best among all mobile devices.

Unlike HP, that had given up on the TouchPad, RIM continues to be in the tablet race and is in no mood to throw in the towel just yet. Rather, the company is already developing the 4G version of the PlayBook, which will also be provided with the new BlackBerry10 OS.