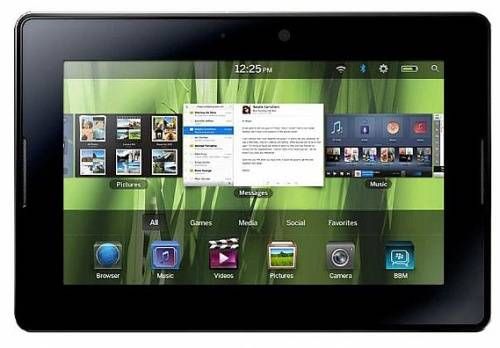 Canadian based RIM is prepared to usher in a new update for the Blackberry Playbook in the next few weeks. The new version 2.1 will provide a number of enhancements that are exclusively focused on providing a better, Android emulated experience.

One of the greatest new features to be found in this update is the way Android Apps are handled. The new fix will change the way Android apps are displayed within a single application space. When 2.1 is released, they’ll appear individually in the task switcher just like native PlayBook apps always have. Another one of the most exciting fixes is that Android apps will also finally have access to the PlayBook’s cameras and microphone. This will allow for more flexibility in apps that involve actions such as video calling.

The Blackberry Bridge app will undergo a little bit of a revision. With 2.1, it will allow you to receive text messages on your Playbook via your smartphone.

Finally, many other apps, such as your calender and contact list, will be able to flip orientation and not lock you into landscape mode by default.

RIM is working out the final kinks in on the new Playbook LTE model that should be released soon. They have developed a solution for their video chatting feature relying only on WIFI, like most video chat apps. With this model, you will have the option to chat over 4G and LTE connections.

I am personally very excited about this new firmware update for the Playbook. One of the biggest shortcomings with our Good e-Reader Playbook App Store is the severely limited number of apps that take advantage of your microphone and camera. When this new firmware update drops, we will be fervently testing Skype and many other video calling apps that are not available in native Playbook form.