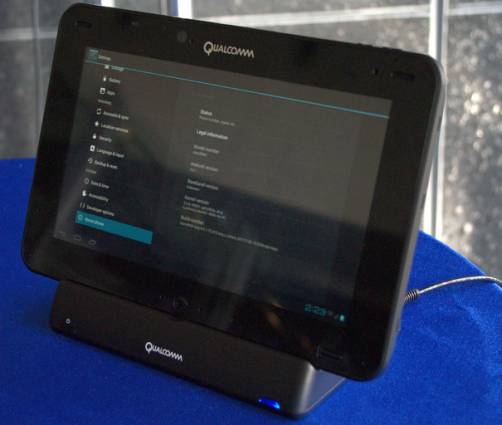 The Qualcomm Snapdragon S4 Liquid mobile development platform won’t be shipping until spring, though in a surprise development, an early developer prototype based on the latest S4 chip has come to the fore running Android 4.0 ICS. Qualcomm has also announced they are working on bringing Android ICS to many of its early generation Snapdragon processors.

Google had recently released the source code for the latest Android version that will run both on tablet PCs as well as smartphones. However, the Android 4.0 source code released has been only for ARM-based processors, though devices based on x86 or MIPS chips are already in the process of having Android ICS on-board. In any case, 4G LTE and support of 1080p HD video recording are just some of the features that we might get to see on S4 powered tablets running Android ICS.