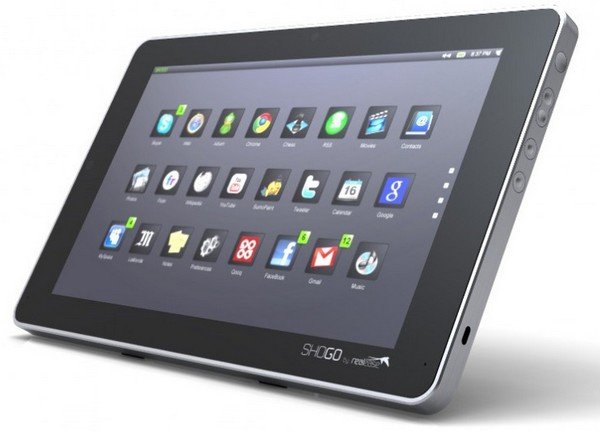 Not many may have heard of Redstar before. But then that hasn’t stopped the Japan based company to come up with a tablet device which they have named ‘Shogo.’ And the good thing is there is no lengthy waiting period associated with the launch of the Shogo tablet as Redstar has already started to accept pre-orders for the said tablet though strange enough, there are no date mentioned when these orders will be fulfilled.

In any case, there is some bit of info available that presents a somewhat clear picture of the tablet. Like we know the Shogo tablet will run the open source Linux operating system and is built around a Freescale iMX-37 processor. The 10.1 inch tablet will have a resolution of 1024 × 600 pixels and is based on the multi-touch capacitive technology. Memory on board amounts to 4 GB which can be jacked up further by way of the provided SDHC memory card slot while system memory stands at 256MB.

However, the device for now will only be available in Japan and is not known when it will reach for foreign shores, if ever it does. Also, there isn’t any software support announced as yet and it’s not known how the tablet will fare sans a credible App store like the Android Marketplace and so on.