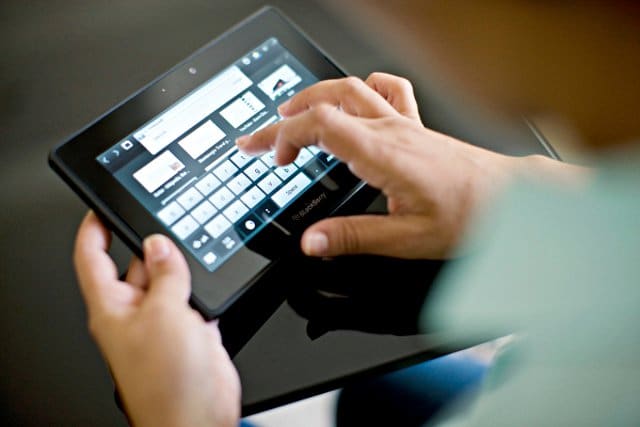 The BlackBerry PlayBook 2.1.0 beta, which RIM says includes some major enhancements, is now out for developers. The most prominent of the changes (according to RIM officials) is the way Android apps will behave on the PlayBook device. What that boils down to is that Android apps will now be able to run on the Playbook’s OS, while more apps are expected to be compatible. Also, BlackBerry Payment SDK is now included in the beta, which means Android applications can now feature virtual items for purchasing. Further, Android apps can also access the PlayBook camera if needed.

Among the other advancements that the beta version has will include “Portrait support for Email, Calendar and Contacts” along with “Improved folder support including IMAP folder support.” Full device encryption is another nice development with the beta version, something that will allow users to secure the entire device. Better support for HTML5, along with improved methods of saving screenshots, are some of the other features of the PlayBook 2.1.0 beta version.

You can download the BETA version of OS 2.1.0 HERE and it works with most Playbooks. We will be retesting a ton of apps under the new OS to see if any of them work and post them on our Good e-Reader Playbook App Store.