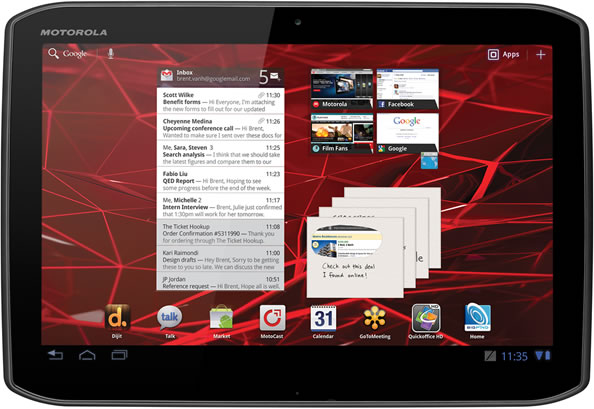 Motorola has announced the launch of its XOOM 2 tablet device in Australia. It is likely that the company is moving forward with the launch at this time because of the impending release of iPad 3, which is likely to happen during the first half of March. Obviously, the next gen Apple tablet will be hogging all the limelight then, which makes it just the right time for Motorola to push ahead with the XOOM 2 tablet now.

There is no denying the new iPad 3 will be miles ahead of the XOOM 2, even though Motorola is claiming the new XOOM is a significant development over its predecessor.

“The Xoom 2 is the highest performing 10.1-inch tablet on the market right now with a 1.2GHz dual-core processor, and that makes it faster that some of the leading tablets,” said Motorola product marketing manager Sean Pyper.

The tablet from Motorola will have a scratch resistant screen along with a slimmer and lighter profile. The XOOM 2 is also more aesthetically pleasing with more rounded edges. Cost wise, the XOOM 2 will set one back by $720, though Telstra is also offering the same for a more appealing scheme of $59 over two years.