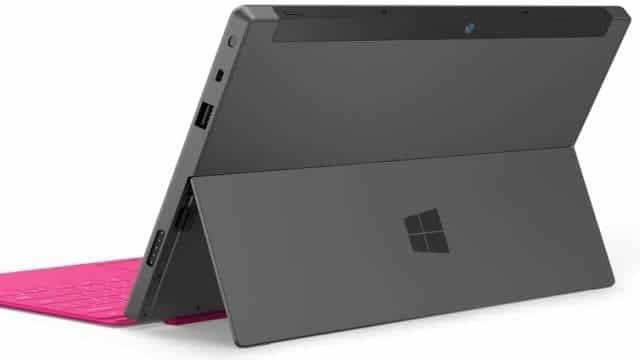 In the last few days we have given you a clearer picture of what the whole situation is all about with the new  Microsoft Surface.  The one crucial missing link (among several) is the extent of damage that will inflict on our wallet. However, news coming in from Taiwan isn’t making the Surface tablet a rosy proposition. As revealed by Digitimes, the consumer version of the Surface will be priced above $599, which makes it a $100 more than the base version of the iPad and a lot more in a disadvantage in the great tablet game. That said, Microsoft’s marketing strategy may be to target only the higher end model of the tablet as specs reveal the tablet will comes in memory options of 32 and 64 GB. In contrast, the iPad lineup starts with a 16 GB model, with 32 and 64 GB model higher up in the range. Similarly, the Surface Pro running Windows 8 is expected to cost a minimum of $799. Digitimes further reveals its Pegatron Technology that has contracted for assembling the Surface tablet though there are no firm estimates of the order volume available as yet.

In the end, it will be worth remembering the above mentioned prices has been nothing but rumors and will remain so until Microsoft comes clean with their plans. However, what is a certainty is that the Richmond, Washington based company will have to push really hard on the price front if they wish to see the Surface raking in numbers anywhere close to the Apple iPad. The Surface can be Microsoft’s golden chance to finally put to rest the ghost of its failed hardware ventures such as the Zune music player or the Kin smartphone.