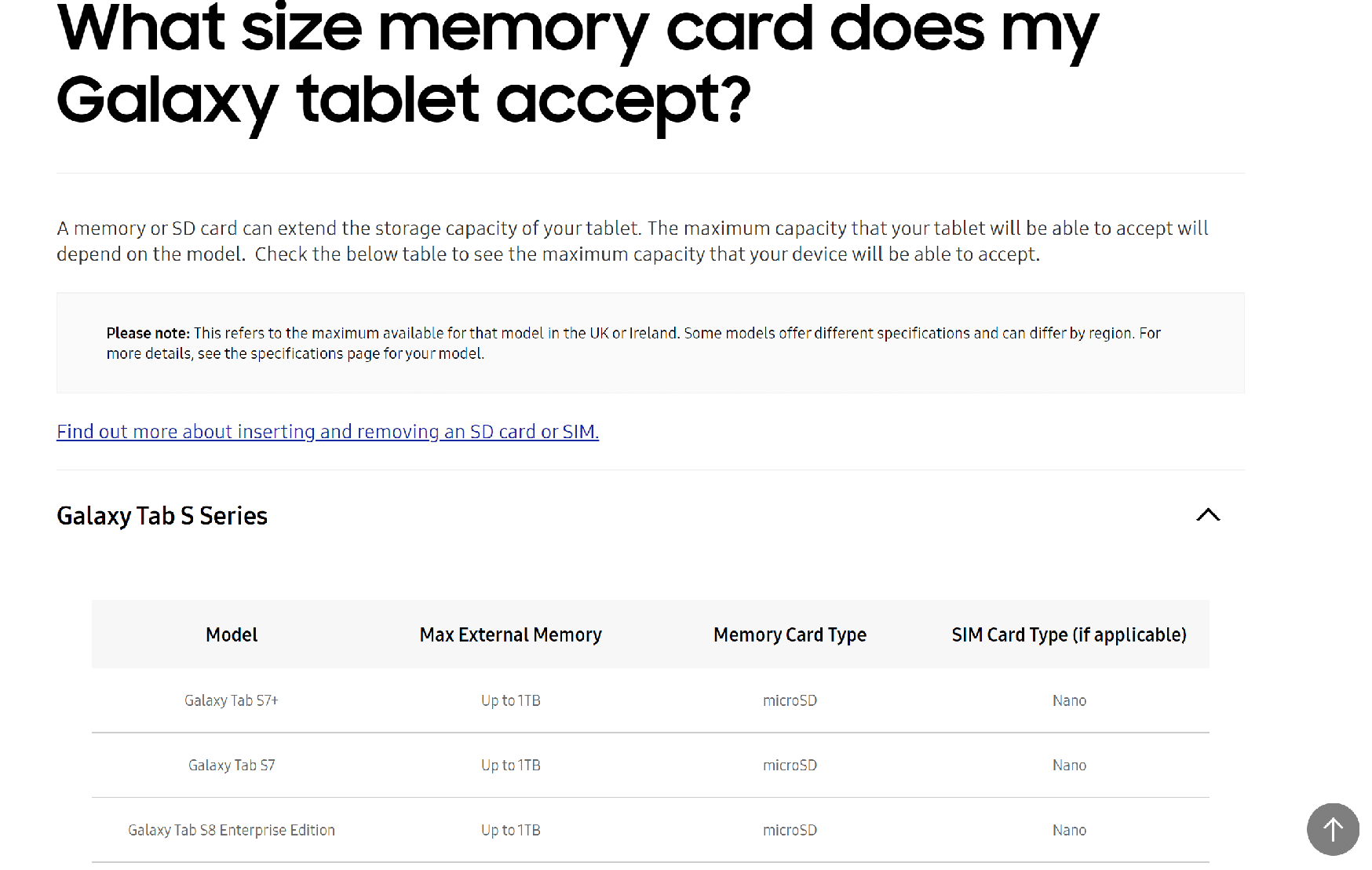 A successor to the Samsung Galaxy Tab S7 has been widely speculated for some time. Now, here is proof of it being in existence, given that the same in the form of the Galaxy Tab S8 has spotted on the  Samsung Ireland website’s support pages. The site, however, lists the tablet as the Galaxy Tab S8 Enterprise Edition.

That again makes for an interesting development as the company could be gearing up to launch the business-oriented version of the S8 earlier than the regular model. In any case, the Samsung site for Ireland lists out the memory card that the tablet will accept. Under that, the Galaxy Tab S8 Enterprise Edition is shown to be compatible with microSD cards of up to a max of 1 TB. That apart, there is going to be a slot for a nano-SIM card as well.

Also, the Enterprise Edition tablets from Samsung differ from their regular counterparts in that the former is backed by a comprehensive four-year security update along with access to Samsung Knox for a year. These apart, there are other enhancements and security features provided to make things safe and secure for business usage. Not to mention, the Enterprise Edition tablet also comes with a price premium over the regular models.

Also, it has just been six months that the S7 was launched and continues to be counted among the premium Android tablet offerings. Nonetheless, with the pandemic leading to increased demand for tablet devices, the chances are that Samsung is gearing up for its successor to launch earlier than expected.