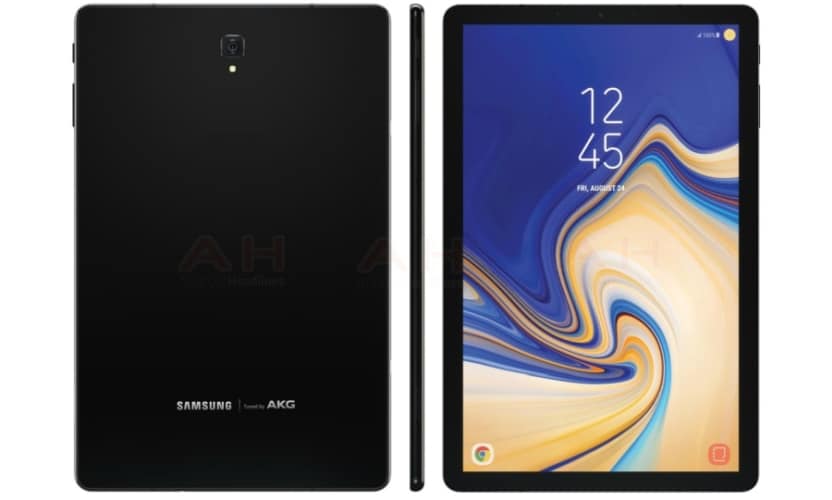 The Samsung S3 tablet came out in February of 2017 and the company is going to release a new model sometime in the next few months. The Samsung S4 does not have any buttons on the front of the unit, which increases the size of the screen and removes most of the bezel.

Galaxy Tab S4 is expected to feature a 10.3 inch screen with 4GB RAM, 64GB storage, a Qualcomm Snapdragon 835 SoC, a 7,300 mAh capacity battery, and Android 8.1 (Oreo). This is in addition to a 13-megapixel rear camera, and an 8-megapixel front-facing camera. While most of these can be considered natural improvements considering what the Galaxy Tab S3 offered, the Galaxy Tab S4 is also slated to come loaded with some additional features, such as Samsung DeX support and the speakers will be Tuned by AKG.

The Galaxy Tab S4 is rumored to have an iris scanner to unlock your device, since there are no buttons for a fingerprint sensor. This device also might have a port so you can use it as a secondary monitor for your laptop or PC.

It is unlikely that Barnes and Noble will pick this up and market it as the Samsung Galaxy Tab 4 for Nook, since the Samsung contract expired at the end of 2016. The bookseller is now sourcing their own tablets from China, saving themselves a ton of money.

There is no word when this tablet will officially be announced or how much it will cost. Stay tuned.