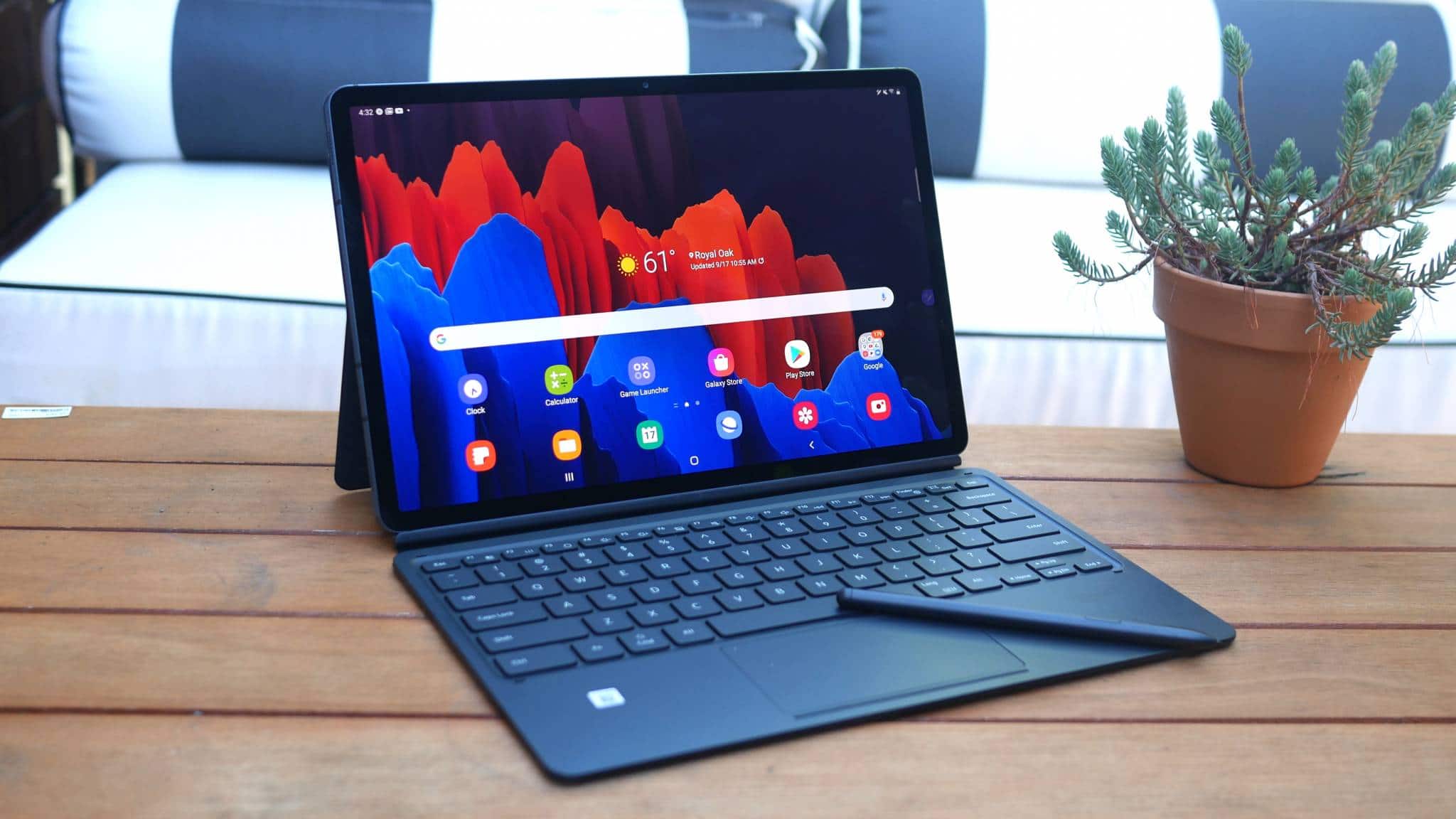 Things get really interesting with the Galaxy Tab S8 Ultra given that it is expected to come with a really expansive 14.6-inch display. That would be bang in notebook territory and coupled with Samsung DeX, you should have a good reason to invest in an Android tab this big. Dex can make full use of all the screen real estate that the Galaxy Tab S8 Ultra provides for, more so when Samsung is slated to offer a new keyboard accessory with the Tab S8.

Codenamed Basquait 3, the Galaxy Tab S8 Ultra otherwise is touted to come with the ‘fastest next-gen’ processor that would be coupled to two memory and storage options – 8 GB or 12 GB and 128 GB or 256 GB respectively. The tablet will also be powered by a truly massive 12,000 mAh battery backed by 45W charging.

Further, a tablet this big will still be 650 grams in weight while measuring a meager 0.55 cm at its thickest point. Also, for the display, it is going to be an OLED panel having a 120 Hz refresh rate. An under-display fingerprint sensor will allow for user authentication.

Next in line is the one that would succeed the Galaxy Tab S7+ and hence could be named the Galaxy Tab S8+. Right now, it is being identified as the Basquait 2 and will have a more modest 12.4-inch OLED display having a 120 Hz refresh rate. It will have the same processor as the Tab S8 Ultra but coupled to an 8 GB RAM. Storage is going to be either 128 GB or 256 GB.

The battery size is going to be all of 10,090 mAh supported by the same 45 W charger. Also, like its bigger sibling, the S8+ too will be getting an under-display fingerprint sensor. The tablet will measure 0.57 cm at its thickest point and weigh at just 575 grams.

Finally, there is the Basquait 1 as the base model featuring an 11-inch 120 Hz TFT display. The processor is going to the same though, with 8 gigs of memory and either 128 GB or 256 GB of storage. Also, it’s going to be an 8000 mAh battery backed by the same 45 W charging solution. The tablet though will be slightly thicker at 0.63 cm.

All three tablets will have a dual 13/ 5MP camera setup at the rear while the front gets an 8 MP camera. It is only the Galaxy Tab S8 Ultra that would be getting an 8 MP and 5 MP ultra-wide angle sensor combo at the front. Other common elements for the three tablet devices include Wi-Fi, LTE, and 5G connectivity. All three models will also get an S Pen too along with a new premium keyboard accessory.

Coming to prices, those likely will be $740, $1,120, and $1,320 for the Galaxy Tab S8, Galaxy Tab S8+, and the Galaxy Tab S8 Ultra respectively. The prices of course are speculative and are based on current conversion rates for the Korean Won.