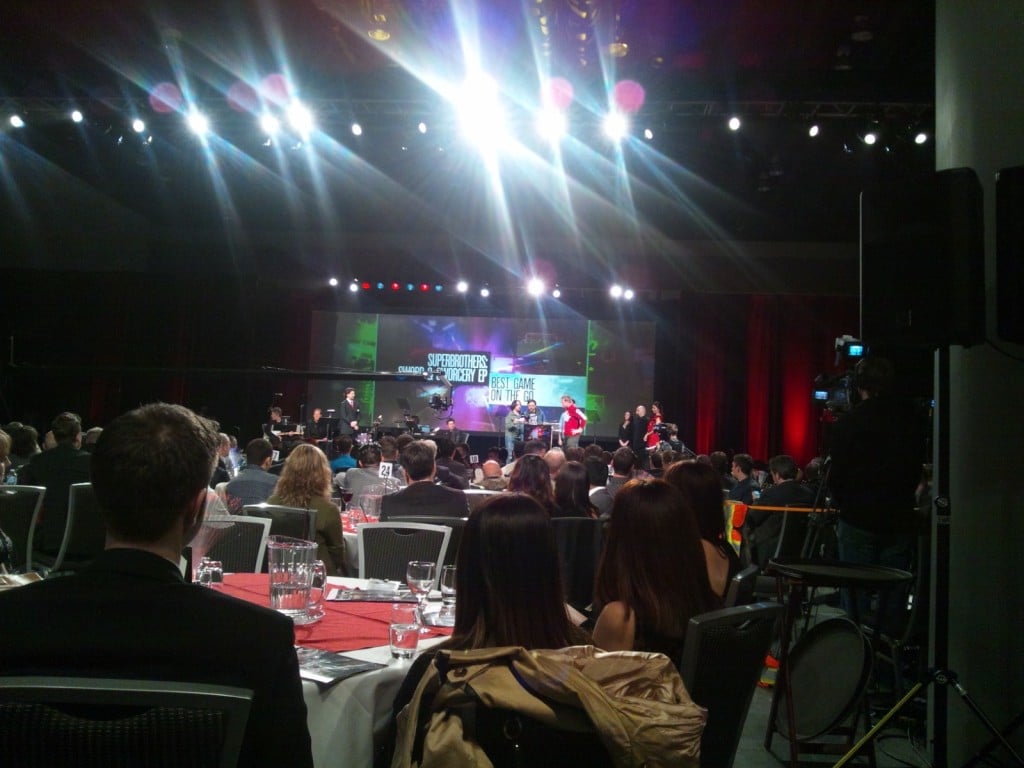 The Canadian Video Game Awards has just ended in Vancouver, BC, and we were on the scene checking out the latest mobile game developers. Most of the awards went to console designers, but we were focused on companies making great content for Android Tablets and iOS. Superbrothers: Sword & Sworcery won “Best Downloadable Game” and “Best Game on the Go.” Capybara Games during the acceptance ceremony said, “The common belief is that mobile games have to be three minutes or less. We want to change that, we want mobile games to be epic.”

This game designed for iPad faced some stiff competition from Super Stickman Golf and Might & Magic: Clash of Heroes, but managed to take the win in two different categories.