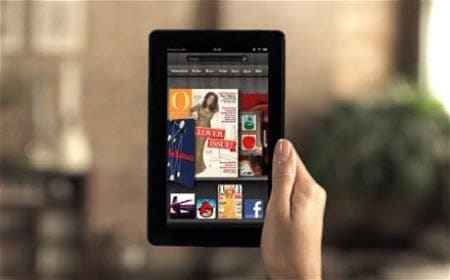 With so many tablet PCs doing the rounds, what was missing so far was the proverbial cat among the pigeons, one that would shake up the entire tablet game upside down. The Kindle Fire may have done just that, for with a price tag as nominal as just $199, the heat is already being felt by other tablet makers as they scramble to match Amazon on the price front.

So with Kindle Fire price being fixed at US $199, many of the other big time tablet makers have been forced to slash pricees of their tablet offerings in general, and for those in the 7 inch segment in particular. Towards this, retailers have informed that RIM, HTC, Lenovo and ViewSonic have all effected some price reduction in their 7 inch tablets lineup.

Similar drop in price has been affected to the A1 tablet from Lenovo which now comes at US$199. Then there is the 7 inch Flyer tablet from HTC whose price has been slashed to $299 while the Viewbook 730 has been made even more appealing at just $169.

However, while prices coming down is always good news, that may not be the single solution to all ills currently faced by tablet makers. This since just by lowering the price, consumers may not be too much veered off the Kindle Fire as the other strong reason for people going for the Kindle Fire is its quality content offerings which other tablets have yet to get close to. So one way for the others to remain in contention is to have more features on board their tablet offering though doing that while keeping a strict leash on price will be a tough challenge.

There is also news doing the rounds that most tablet makers may stop production of 7 inch tablets given the low sales figures they are being faced with. They had hoped to increase consumer interest by coming out with a tablet that would be sub $199. But this does not appear to be in the horizon. Till then, the Kindle Fire may be to the 7 inch tablet segment what the iPad is in the 10 inch genre.