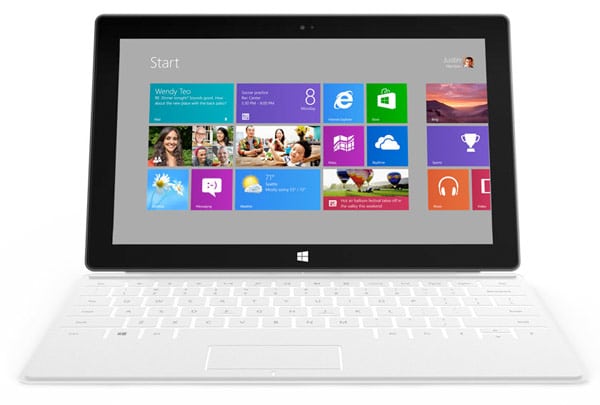 The biggest tablet news right now is the Surface tablet’s pricing. It starts at a decent $499, which may be disappointing for those who perhaps were hoping for the device to be priced at $199. For $499, what you get is the basic 32 GB version of Surface RT, sans the keypad, while the tablet and keypad combo has been priced $599. The top of the line version with 64 GB storage costs $699 and includes the keypad unit. The $499 price tag seems to have hit the consumer sweet spot, evident from the fact that the Microsoft Store site is reporting a delivery period of around three weeks for the basic version, while the higher priced versions are still showing the Oct 26 delivery date.

Microsoft is betting big on the Surface, which the company hopes will allow it to get even with Apple, whose iPad has been the tablet to beat ever since it was launched. Both the tablet devices start at the same price, though each has its own pluses and minuses. At $499, the Surface is exactly the same as the base version of the iPad, though the latter has half the storage. However, the iPad scores with its Retina Display, which at 2048 x 1536 pixels is far better than the 1366 x 768 pixels that the Surface packs in within its 10.6 inch screen.

The Surface offers an USB port, a HDMI slot, as well as a SD card reader, all of which are non-existent on the iPad. The iPad, on the other hand, is supported by a developed app ecosystem while the Windows RT is a new platform and the app world surrounding it is only in its developmental stages. The classic Windows app built around an x86 processor will be irrelevant on Windows RT, which is centered around ARM chipsets. These notwithstanding, Microsoft is looking to ship no less than 3 to 5 million of these during the holiday season, which is almost the same number that Amazon and Google are targeting with their Kindle Fire or Nexus 7 devices.

The other hot tablet story of the day is iPad Mini, with reports claiming it will have the same aspect ratio as its bigger cousin. Of course, this is only speculation, drawn from the latest mockups that reveal the same 4-to-3 aspect ratio as the 9.7 inch version. We have earlier come across rumors of there being 1,024 by 768 pixels within the 7.8 inch display, which is the same as iPad 2. This if true it will make the iPad Mini compatible with apps designed for iPad 2. There is an event planned on Oct 23 which is believed to be dedicated to the iPad Mini. Apple is reported to have ordered no less than 10 million of the iPad Minis to be sold during the holiday season, though it has to be backed by a really sweet price package to entice buyers to lap up that many of the mini iPads. Buyers at this level are used to the $199 prices and it remains to be seen by how much Apple deviates from this.