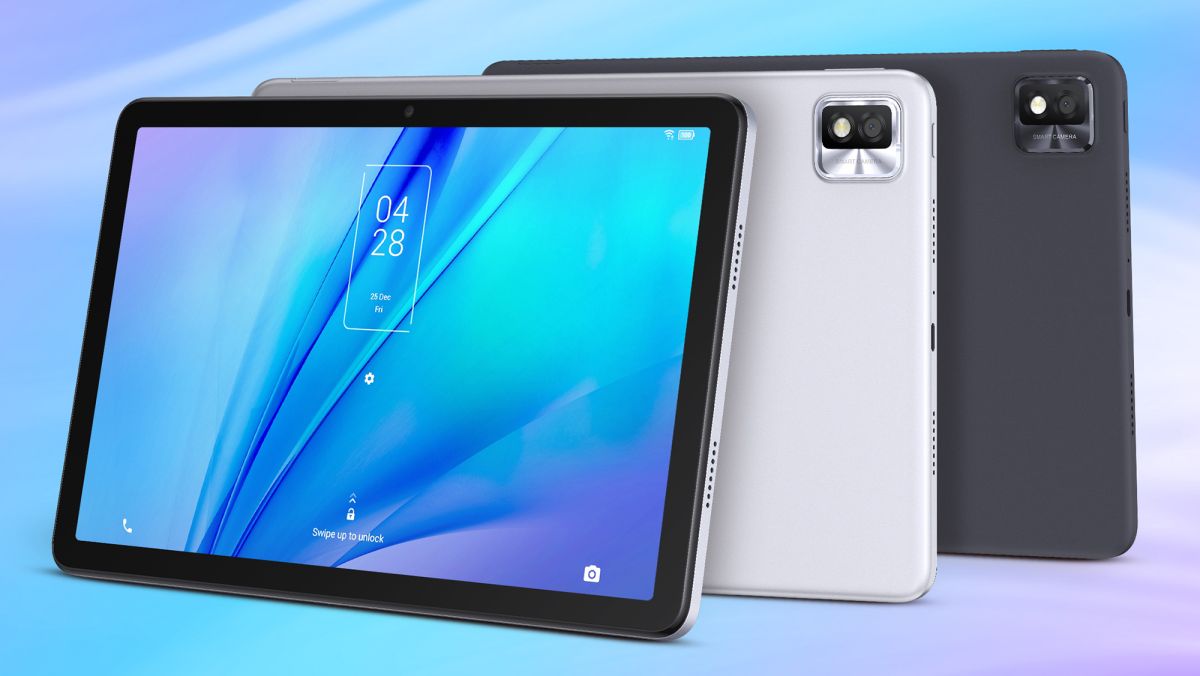 TCL brought two tablet devices at the CES 2021, the TCL NXTPAPER and the TCL Tab 10s. Of these, while the NXTPAPER impresses with its unique paper-like display that is of less stress to the eyes, the Tab 10s scores as being an affordable Android tablet that comes bundled with a stylus.

The specs aren’t anything to blow you off your feet though that wasn’t the intention in the first place either. Rather, the new Tab 10s is designed to offer decent levels of performance at an affordable price tag. The front is dominated by a 10.1-inch FHD+ 2000 x 1920 pixel display. As already stated, there is the TCL T-Pen stylus that comes with the tablet and will let you make notes or do sketching on the display. There is an advanced eye protection feature at work too to ensure less strain to the eyes.

On the other side lies an octa-core MediaTek MT8768. The tablet is available in two memory and storage options, a base model with 3 GB of RAM and 32 GB of storage along with the top-model featuring 4 GB of RAM and 64 GB of ROM. In both cases, the storage can be enhanced to up to 256 GB via microSD cards.

For optics, there is the single-lens camera on the rear that comes with an 8 MP sensor, complete with an LED flash. That sure is too basic stuff but is still enough to get the job done, which includes scanning documents to taking that odd picture. The front again gets a 5 MP camera for selfies or video chats.

For power, the Tab 10s comes with a quite large 8000 mAh battery which TCL said should be good enough to support up to two weeks of standby time and 8 hours of video playback. It comes pre-installed with Android 10 though there is no word yet as to when Android 11 will be made available. The tablet also comes with POGO pin connectors on the rear that will support the attachment of third-party accessories as well.

Coming to price, the Tab 10s Wi-Fi only model will come for 199 Euros while the 4G LTE + Wi-Fi model will cost 249 Euros. Availability starts March 2021 and will initially be on sale in EU, North America, Latin America, the Middle East/Africa, China, and the Asia Pacific.