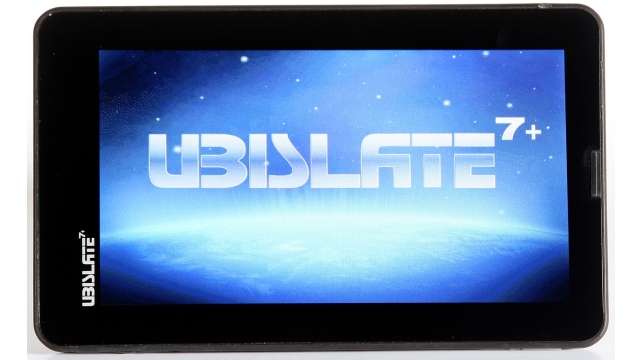 The Aakash tablet has already become a household name in the tech world, which can be attributed to the painstaking efforts on part of the Tuli brothers, Raja Singh Tuli and Suneet Singh Tuli. In recognition of all the hard work they have put in in the venture, Raja Singh and Suneet Singh Tuli have been awarded the Technology Achievement Award by the Indo-Canadian Chamber of Commerce in a glittering ceremony held at the Metro Toronto Convention Center.

The founders of the Datawind, the company that manufactures the Aakash and the Ubislate 7+ tablets devices, the Tuli brothers were lauded for their strong leadership skills and their exemplary record of innovation. Both the Tuli brothers have been involved in a number of successful business ventures over the past twenty years that have ended up in successful initial public offerings on the Nasdaq stock market. Many products have also been recognized by the Guinness book of records while Raja Tuli himself has, to his credit, close to 5 dozen patents in the field of imaging, communications, and internet technologies.

“We are honored to be recognized; it is a great validation of our vision, giving us the boost to persevere against significant odds in our mission to democratize the Internet by making it affordable for billions around the world,” said Suneet Singh Tuli, CEO of DataWind.

Datawind is not new to awards and felicitations, having been elected as the UK’s most innovative mobile company by UK Trade & Investment (UKTI), among many other awards as well.

So after all the hard work, it’s time for the Tuli brothers to bask in the glory of the Aakash tablet’s success. Although hard figures aren’t available to tell just how many of the Aakash tablet PCs have been shipped, the recent award goes to show their commitment to the venture and their zeal to bring low cost mobile computing to the masses.

“Our goal was to bring out the role models and celebrate their achievements in order to inspire, motivate and acknowledge their contribution to the fabric of Canadian society,” said ICCC President Satish Thakkar during the event.