You are here: Home / Tablet PC News / The Dell Streak 7 is Officially Discontinued 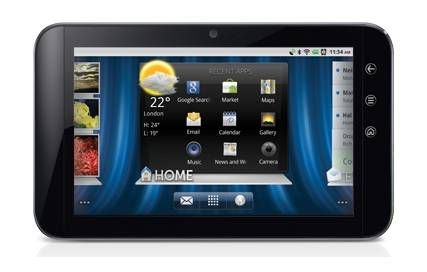 That the tablet market isn’t as rosy as it is to the likes of Apple or Amazon is all too evident in the way Dell has pulled out its Streak 7 tablet from the market. Dell’s first tablet offering, the Streak 5 has already met a similar fate some months ago and now, it is the turn of the 7 incher to be shown the grave. What this also means is that there is no Android tablet from Dell in the US market. The Inspirion Duo happens to be the sole exception to this though its a Windows 7 running convertible tablet and not a pure tablet device in the strictest sense of the term.

“Steak 7 is no longer available online, but you can browse our other mobile devices for similar products,” is what the Dell website proclaims.

China though continues to play host to the Dell Streak 10 Pro tablet which was launched in that country this summer. The Streak 10 Pro marks Dell’s new generation of tablet PCs and as the name suggests, comes with a 10 inch display. However, its restricted to only the Chinese market as of now and no one knows for sure when it is going to be launched in the B, R and I (Brazil, Russia and India) nations among BRICS that Dell had said the Streak 10 Pro would be initially launched in.

However, as the verge reports, owners of the Streak 7 can breathe easy as Dell has assured to provide accessories for the device. They have also been assured of an upgrade from the current Android 2.2 Froyo to Android 3.2 Honeycomb. However for the Ice Cream Sandwich build, users would have to go for the unofficial versions that are already available.

Dell had launched the Streak 7 armed with a 1 GHz NVIDIA Tegra 2 dual core processor which was the best in its kind during the time. The device however had a rather low resolution display of just 800 x 480 pixel as well the OS was Android 2.2 whilst the other tablets had already moved on to Android 3.0.