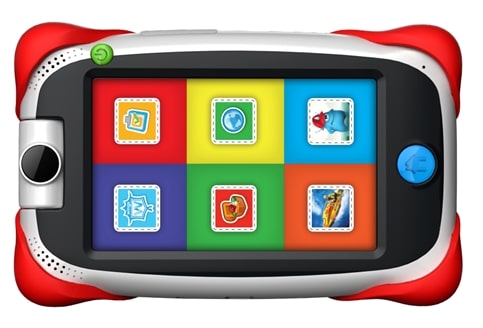 Coby is readying itself for a fresh onslaught on the tablet market, and the budget electronics company is in final stages with a new line of 7, 8, and 10 inch tablet devices. All the tablets will come with a dual core Amlogic AM8726-MX ARM Cortex-A9 processor and will have 1 GB of RAM. Internal storage will range from 4 GB to 8 GB and the devices are likely to run Android 4.0 Ice Cream Sandwich or even its later versions when launched. Price is still anybody’s guess right now, though they should be quite affordable.

Toshiba to launch Excite 10 SE tablet for $350 this week

There is a new budget tablet available: the Toshiba Excite 10 SE. With a 10 inch display, a Tegra 3 heart, and Android 4.1 Jelly Bean as the OS, the tablet sure makes for an exciting proposition for a price point of $349.99. On-board storage amounts to 16 GB with a micoSD card slot as well for further expansion. The Excite 10 SE also boasts of an USB port along with a 3 megapixel camera at the back and a HD webcam at the front. The display though has a resolution of 1280 x 800 pixels which may be a far cry from what the Nexus 10 or iPad 4 boasts of but can be enough for all practical purposes. However, for just $50 more, one can opt for the Nexus 10 which comes with the highest pixel density on any tablet money can buy right now.

The Nabi 2 tablet from Fuhu has just come out with a junior version — Nabi Jr. Being junior naturally translates to all things being downsized, and that does apply to the Nabi Jr. The display area is now reduced to 5 inches while the price too has now come down to just a shade below $100. Guess toddlers aren’t too critical with the amount of screen real estate they have at their disposal, nor should they be too critical of 800 x 480 pixels that lights up their display area.

An NVIDIA Tegra 2 dual core processor ensures snappy performance while 4 GB of internal memory should be enough for the kids. If not, there is a 16 GB version of offer as well that costs $129. The Android ICS on-board the Nabi Jr has been customized heavily to make things colorful and kid friendly. Then there sure are a lot of games and educational apps to keep the young minds engaged. Add to that the colorful rubber cladding all around and the tablet does look a cheerful looking device at a price that should bring cheers to the parents as well.

The 10 inch Galaxy Tab 2 is now smelling of fresh Jelly Beans. This is applicable to only the Wi-Fi versions of the tablet and is confined to the UK as of now. Of course more regions around the world will be covered though its users from the UK that are the luckiest right now. The Jelly Bean update was earlier made available for the company’s popular 7 inch Galaxy Tab 2.