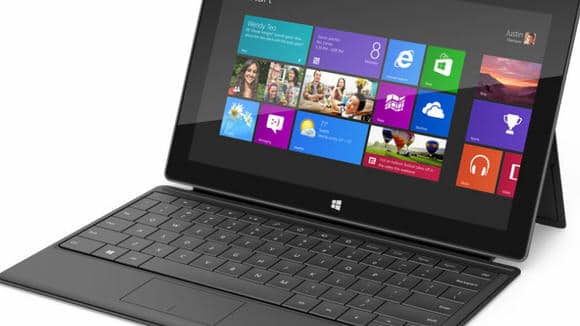 There are plenty of things to be excited about with the new Nexus 10 device. It runs the latest Android 4.2, which brings some nice improvements over its earlier iterations. The Nexus 10 also sports a processor that is based on the new Cortex A15 designs. Then, of course, the Nexus 10 has a the highest pixel density on planet earth. All this makes the wait for its release date on Nov 13th well worth it, though we might be spared the suspense as the tablet may make an earlier market debut, as indicated by the tablet’s recent viewing at Walmart. The 32 GB Nexus 7 had already gone on sale earlier than its official release date and maybe we could see a repeat of that with the Nexus big brother as well.

Quite a few Surface owners have reported their device to have become spontaneously muted, and the much publicized keypad cover seems to be the villain. Disabling the mute button on the keypad is the stand-in a cure until a better solution is found.

The keypad covers have also been reported to peel over at the seam, apparently revealing the not so streamlined interiors. Microsoft stores have been all too happy to replace the defective units, though some reported the problem recurred even for the replacement units. If it’s not a specific batch of keypad units that is to be blamed, there is something more serious for Microsoft to deal with, for the Surface tablet to hold on to its credibility.

In a move that is sure to bring cheers to millions who parted with their money for the 3G+4G LTE capable iPad Mini, Apple has notified buyers the mini iPads will be shipped within the next 5 business days. Early buyers of the tablet will have their devices shipped by late next week. The Wi-Fi only versions began shipping early November.

AT&T offering $100 off on all tablets

This Friday, the 9th of November, it would be wise to buy your next tablet from AT&T. The company is offering a $100 rebate for all tablet devices. Of course, there is a catch: customers will have to agree to a 2 year plan to avail of the offer. Maybe AT&T is keen to get rid of some of its tablet stock before piling on a fresh batch in time for the holiday season and is using the $100 bait to pick up quite a few subscriptions.

The date plans AT&T is offering right now include:

Nvidia reported a record third quarter revenue of 1.2 billion, almost a third of which can be attributed the rise in sales of Android devices. Its Tegra chips have found application is a host of tablets (and smartphones as well), with many being a bestseller in its segment. The Nexus 7 is one of the highest selling tablets in the 7 inch category and is based on the Tegra 3 quad core chip. The recently launched Surface RT is also based on the same Tegra 3 quad core processors.

Remember the Adam tablet from the Indian startup Notion Ink? The much publicized Adam had made quite a lot of noise when it first appeared. It was among the first devices to feature the Tegra 2 chip and a Pixel Qi sunlight readable display. The tablet received mixed reviews, but fell into oblivion since then. Now the company is back again with the second generation device. To begin with, we only have a partial shot of the device, but it seems apparent that the Adam II sports a boxy structure and is all white. It also looks to be quite thick, though it’s not confirmed if what we are looking at is the final shape of the device itself or the packaging. Other details are missing right now, but should be available before CES 2013 kicks in.

Acer Iconia Tab A220 might be in the making

Acer might be in the process of developing the big brother to its recently launched A110 in the form of Iconia Tab A220. The new tablet is likely to feature a bigger and higher res (1280 x 800 pixel) display along with NVIDIA Tegra 3 quad-core processor and Android 4.1.2 as the OS.