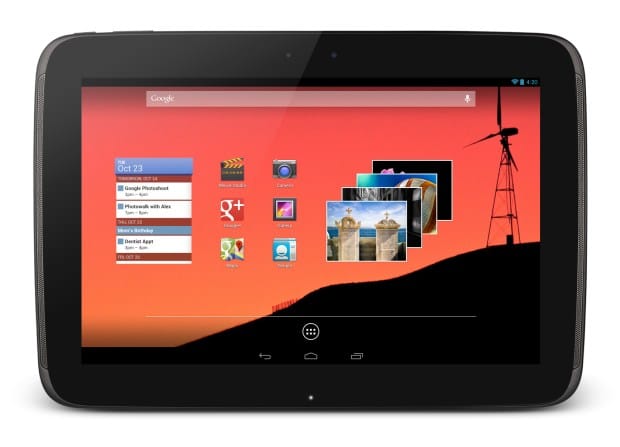 There is a tiny tiny update that Google is pushing out right now. Christened Android 4.2.1, the update is just about a megabyte and does not bring about any new groundbreaking material. Rather, the update is aimed at rectifying the December bug issue so that those using the People App will now get to see the month of December, which was curiously missing in the previous iteration of Android. The update is available OTA and can be downloaded on Nexus 7 and Nexus 10 devices, if not already.

Asus might be developing a budget 7 inch Android 4.2 tablet

The entry level 7 inch budget tablet segment is garnering enough attention that Asus is considering fielding a competitor of its own. A tablet device dubbed ME-172 is reported to be in the final stages of development, with an official release slated for Q1 2013. Technical specifications that we know of indicate a 7 inch device with a resolution of 1024 x 600 pixels. The tablet will be powered by a VIA WM8950 processor along with Mali 400 GPU and 1 GB RAM. Internal memory options are likely to start with 8 GB, though there will also be a microSD card slot for further expansion. Providing the juice will be a 4270mAh battery pack and the device will run the latest Android 4.2 OS.

The tablet is speculated to be unveiled in South Africa before anywhere else, where it will sell for roughly 2000 Rand. That equates to around $226 US, though it’s likely to be offered at a cheaper rate elsewhere to better compete with the likes of the Nexus 7 or the Kindle Fire HD.

The company is already credited for manufacturing the Nexus 7 tablet, though that device is known more as a Google tablet than belonging to Asus. The tablet is expected to be previewed at the upcoming CES event early next year.

Huawei MediaPad 10 reportedly in the works

Huawei is all set to add a brand new contender in the 10 inch tablet segment in the form of the MediaPad 10. The revelation is the outcome of some sleuthing job on part of Netbook Italia, which has hit upon some Wi-Fi and Bluetooth certification documents suggesting there is a new MediaPad 10 tablet on its way. Other details are missing as of now but should be available soon enough.

Those out for holiday shopping this year will have one more option in the budget tablet segment: a brand new tablet from E Fun. The company already has a few budget devices to its credit, though none have made any significant mark. That could change with the new E Fun Nextbook Premium 7SE-GP device, the base version of which will come for a nice $130. Specifications include a 1 GHz Amlogic ARM Cortex-A9 CPU, 1 GB of RAM, and 4 GB of storage. The tablet will also come with a 0.3 megapixel camera up front and will run Google Android 4.0 Ice Cream Sandwich. There is a premium version as well that offer 8 GB of internal storage, though both versions will have a microSD card slot. Another not so exciting aspect of the tablet is its display at just 800 x 480 pixels. Maybe the affordable price will make up for the lack of glamour and glitz.