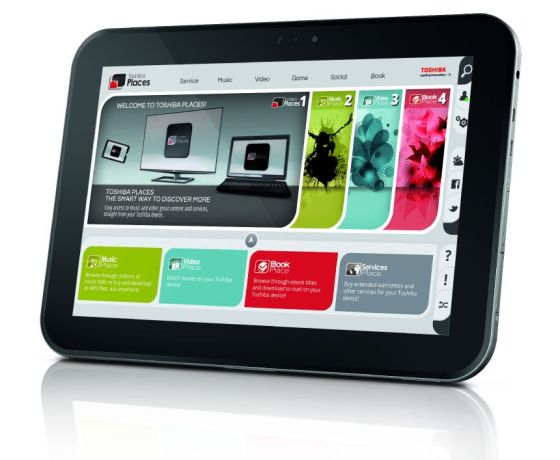 Toshiba has announced its AT300 tablet will be ready for an English debut by the end of June. There will be two different versions available in the form of a 16 and 32 GB of internal memory.  The announcement was made in a Twitter update with further details held back for a future post.

Both versions will feature a 10.1 inch display and powered by the Tegra 3 quad core CPU that operates in conjugation with a 1 GB of RAM. The tablet will have a resolution factor of 1280 x 800 pixels and includes a 2 and 5 megapixel camera along the front and back of the device. These apart, another unique aspect with the AT300 is its form, which at 8.95 mm makes the tablet one of the slimmest around. It is also running the latest Android 4.0 OS, so it should feel rather current.