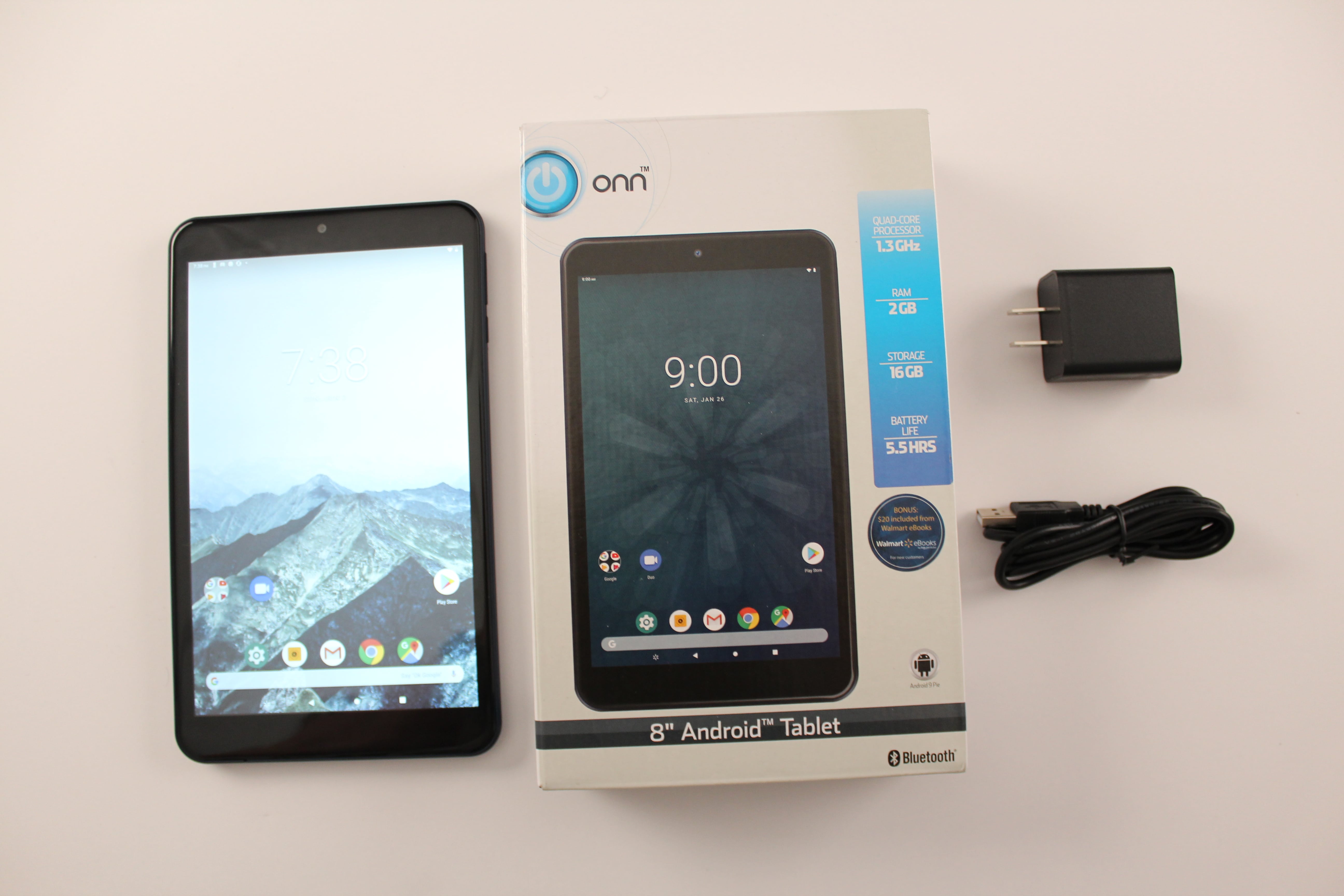 Surprisingly there has been a ton of interest and media attention on the first 8 inch Android 9 tablet from Walmart. This device falls under the companies Onn brand and today Good e-Reader is conducting an extensive unboxing video.

The 8 inch Walmart tablet has an IPS display with a resolution of 800 x 1280-pixel display, an unnamed 1.3Ghz quad-core CPU, 2GB of RAM and 16GB of storage. It has has an SD card to enhance the internal storage further. There is a 0.3 MP front-facing camera and a 2MP on the rear. The cameras are definitely paltry, but serve the trick for the occasional Skype call. I have had my iPad Pro since it came out and have literally never used the cameras.

The front of the box basically shows off a stock Android home screen and hypes up some of the more compelling features such as the processor speed, RAM, storage and 5.5 hours of battery life. The back of the box lets you know that there is a USB cable and also mentions the cameras and the Walmart apps that are loaded on the tablet.

When we conducted out video review, we looked closely at all of the things that made this tablet distinctive. Most of these services like Sam’s Club, Vudu and Walmart Grocery are only relevant in the United States, but that is OK, since this tablet is only sold in the US. The other app worth mentioning is the Walmart branded Kobo ereading app. You can purchase audiobooks and ebooks, and also listen and read them in the app.

Once we opened up the retail packaging, the wall charger, USB cable and Tablet are housed in a really flimsy plastic tray and everything basically just fell out once we opened it.