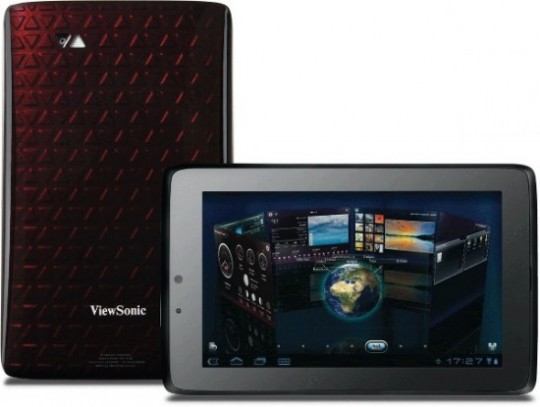 There is a new tablet in the offing from ViewSonic. Named ViewPad G70, the 7 inch device will have Android 4.0 on board and will get to see the light of day at the upcoming MWC.

The tablet sports some decent specifications which should appeal to the price conscious out there. Like, it would be a 7 inch tablet with a screen resolution of 1024 x 600 pixels. This converts to a healthy 160 ppi in pixel density and will reading off it a pleasure inducing affair. The processor that would be at the heart of the device is not known though on board RAM would be of 1 GB while storage space of 4 GB. It would have memory expansion capability with a microSD card slot. Other hardware aspects of the tablet include a mini HDMI output and a mini USB port. The tablet would also have 3G connectivity along with a camera along the front and rear of the device.

As for as the price of the tablet, its likely to be around $350 which would be confirmed at the MWC even to be held at Barcelona.