You are here: Home / Tablet PC News / Where to Buy the Microsoft Surface in Canada 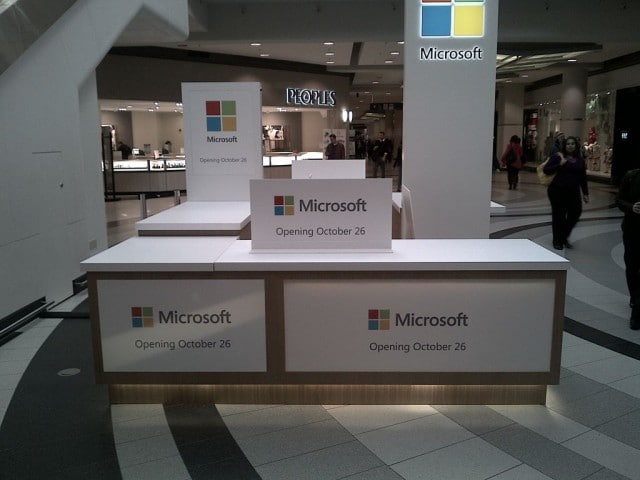 Microsoft will be releasing the new Surface tablet on October 26th, which is the same day as the Windows 8 Launch. The company is doing something very odd with the actual selling of the tablet in Canada. It will only be available at four different popup stores located in Eaton Centre in Toronto; Metropolis at Metrotown in Burnaby BC ; Oakridge Centre, Vancouver; and West Edmonton Mall. The other option is via the only permanent store located in Toronto’s Yorkdale Mall.

The strategy that Microsoft is employing with the retail distribution of the very unique tablet is quite interesting. The company is not selling it on its website or via any of the big box retailers. Microsoft is only selling it in popup stores, which will certainly build demand and appeal to the whole “Cool” factor the company is marketing these days. If you live outside those three cities, or are in various international markets, you can buy it from the main Windows Website.

If you live in the USA, the tablet will be available on Friday from the 24 existing Microsoft stores and 32 pop-up locations in various big cities. Stay tuned for our full review of the Surface tablet this weekend from Good e-Reader!