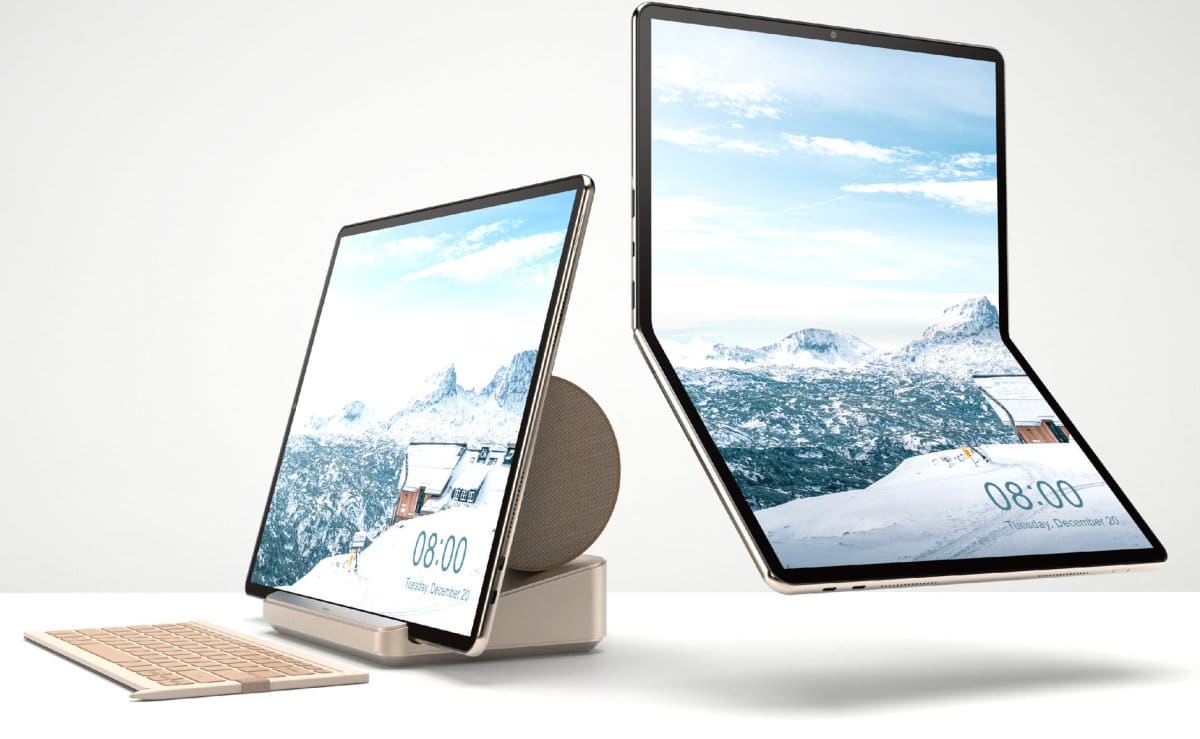 After foldable phones, it is now the turn of the laptops to get the same treatment. It is the Wistron Foldbook that is being referred to here that impresses both with its size as well as the flexible form factor.

To begin with, it is a tablet, and a massive one at that with its 17-inch display. However, it is designed to fold across the middle, post which, what you have is a laptop with a 10-inch display. In its folded laptop state, the bottom part serves as the base for a magnetic keyboard attachment. If that is not all, the display in its unfolded state can also function as a desktop when paired with the right accessories.

Of course, there is no stopping you to use the Foldbook as a tablet if you wish to though its size can make things a bit awkward here. For that, it comes with a built-in kickstand that will let it be placed on the table. The display supports both touchscreen and pen input and offers integrated speakers as well.

For ports, there are a pair of USB Type-C slots among others on the display. There is a docking station too that comes with some more ports. Those include a full-sized HDMI port and Ethernet jacks along with a few USB-A ports as well. Then there is a larger speaker fitted into the docking station and offers a richer listening experience. 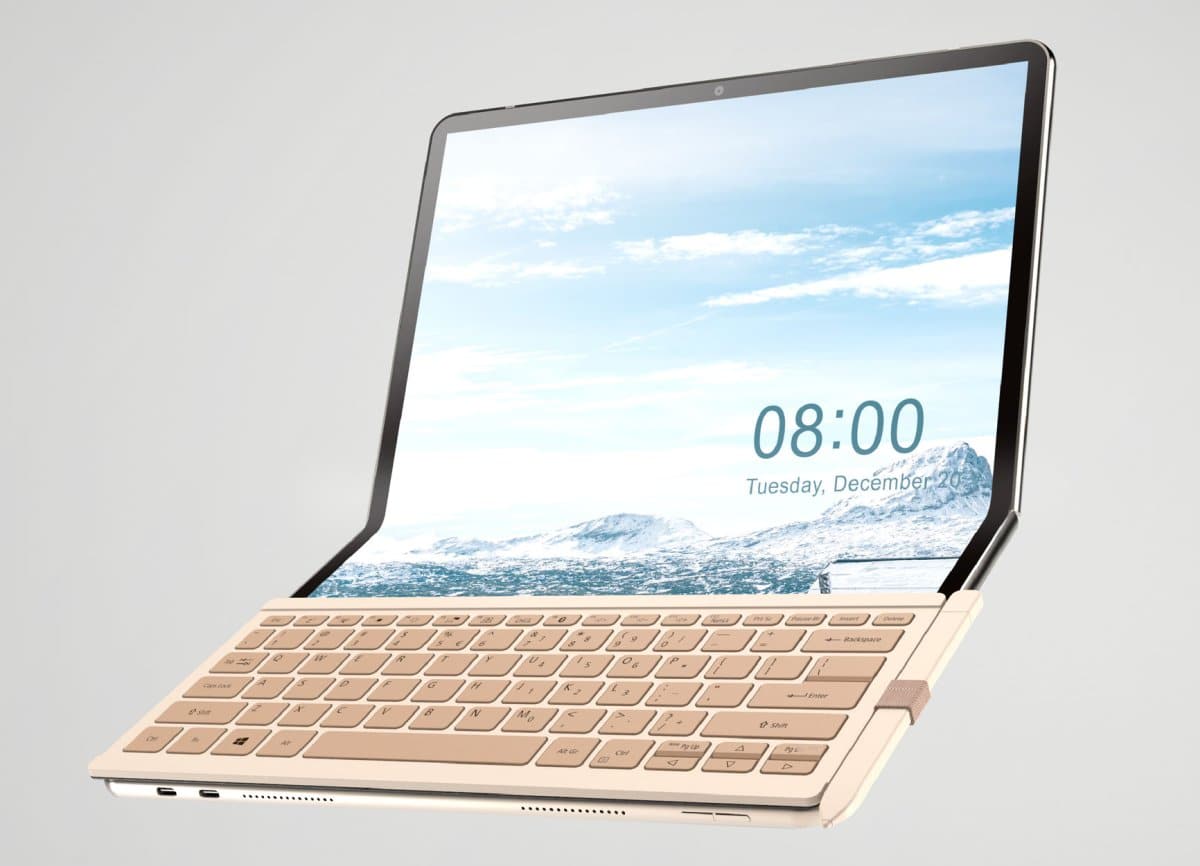 The detachable keyboard accessory is also unique in that it is designed to snap on via magnetic action to the base of the display in its folded state. Or, you can also place the keyboard separately in front of the display as well. The latter also makes for the standard position when the Foldbook is to be used as an All-in-One desktop PC.

Unfortunately, notwithstanding how impressive things might seem at the moment, the Foldbook from the Taiwan based company, Wistron is basically a concept. That it made it to the finals of the IF Design Award 2021 contest should speak volumes of the potential of such a concept. Unfortunately, it isn’t clear at the moment when, if at all, the Foldbook will ever make it to the markets. Also, if it does, it would be sporting a different name and brand considering that Wistron isn’t into manufacturing or marketing of products.

The Foldbook looks quite attractive though, what with the bezels not being too intrusive. Build quality seems solid too and the entire thing has a premium feel to it, something that applies to the accessories as well. No word on what the interior build is going to be like, or what it might cost when launched. That’s hardly surprising considering the device is still a concept and nothing more but all of it does seem promising.