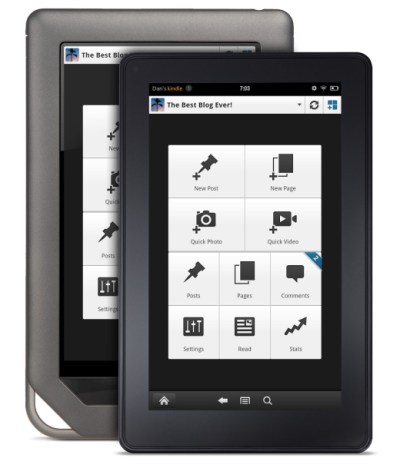 WordPress has released an update to its Android app for smartphone and tablet devices, which brings within its scope the new crop of tablets such as the Kindle Fire and Nook Color or the Nook Tablet. The WordPress for Android version 2.0.5 comes with several enhancements such as Post editor and Geotagging improvements along with the usual bug fixes. The Dashboard UI for the blogging app has been designed to render perfectly on the smaller 7 inch displays of the Nook Tablet or the Kindle Fire. The app has also been so developed that making new post updates is a breeze in both landscape and portrait orientation.