You are here: Home / Tablet PC News / You can now legally hack your iPad 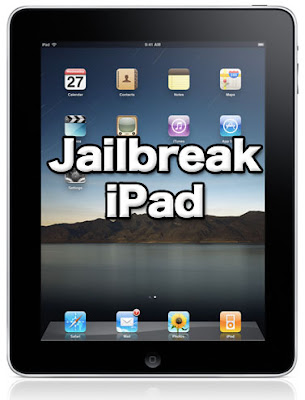 Hackers and jailbreakers, it’s time to rejoice. As per new rules announced by the United States government, it will no longer be considered illegal for anyone to jailbreak a device to run any third party app that the original manufacturer may have otherwise declared incompatible. Or to put it in simple terms, all those who have paid for the device (and not the manufacturer of the device) reserve the right to decide which apps they would like to have on their device. And of course, the new ruling is as much applicable to the latest craze the iPad as it is for anything else.

The new ruling will of course irk many a device manufacturer like Apple, seeing as most of them have never been known to be too fond of those who jailbreak their device. In fact, they make it a point to make their gadgets as foolproof from hacking as it can be and invest substantial resources to this effect. But jailbreakers almost always have the last laugh as they jailbreak devices with alarming regularity and with telling effects. This notwithstanding, the Digital Millennium Copyright Act that’s already in place and which is cited by the gadget manufacturers as the act that renders jailbreaking illegal. Not any more as per new exemptions to the DMCA.

Real life implication of the new ruling is that jailbreakers have “earned” immunity from facing criminal charges, something that they have been yearning for all long. The law will protect them from facing prosecution. However, those who have tampered with their devices will have to forgo the warranty claims on their devices as well as from the official service providers. On the other hand, the new rules will also not bar Apple or other manufacturers from carrying out with their digital encryption or other protection methods.

The new ruling can have some far reaching effects in that the jailbreaking can now turn out to be a profession with jailbreakers charging a fee for their efforts. The law will also favor companies like Adobe and Mozilla who will now be free to develop third-party applications to be sold from unsanctioned app stores that will be compatible with jailbroken devices.

The omission of flash in the iPad has not been to the liking of many of the iPad users and many of them have indeed sought to jailbreak their devices in order to make it Flash compatible. Also, you are now free to to have on your iPad all the retro classic games like the Atari, Super Nintendo and Sony without the fear of law keepers chasing you down a long a dark alley.

So who knows, this might be the starting of a new alternative App Stores that will be free from Apple’s control. It is very possible, if the users are actually willing to risk their warranty cover for an app that will perhaps make their iPad all the more interesting. However, it remains to be seen if any big player in the software industry would like to venture into making unsanctioned third party apps notwithstanding the Apple red eyes. In any case, there are interesting times ahead. So stay with us as we bring you all the latest stories as well as tablet/slate or e-reader news.