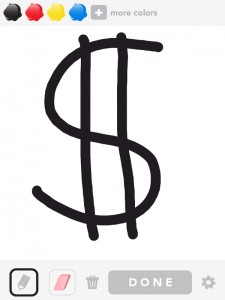 One of the latest games to sweep the world by storm was Draw Something, which lets you draw pictures and have your friends guess what they are. It is hopelessly addictive and retails for around 99 cents. Today, Zynga has purchased the company that developed the game for a cool $200 million dollars. This game is compatible with most Android e-readers, including the Nook Tablet, Kindle Fire, and Kobo Vox.

Draw Something has come out of nowhere to knock Zynga off its top perch. In just six weeks, the game has been downloaded 35 million times and had more than 1 billion drawings made last week, according to Zynga Chief Mobile Officer David Ko during a press conference.

Word has it that Draw Something will be coming to Facebook as a standalone application very soon.