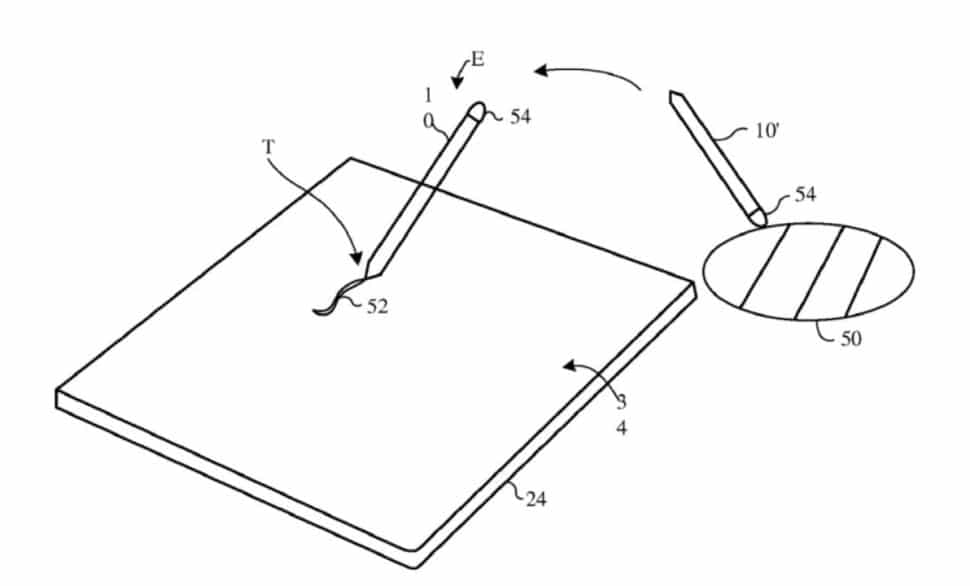 Apple has just filed a new patent for the Apple Pencil that will allow you to select colors from the real world to use as various colors when drawing. According to the patent filed last week, entitled ‘Computer System With Color Sampling Stylus‘, that describes a computer stylus with a colour sensor, which has the ability to ‘read’ a colour when pressed against an object. The software would then put the colour into a colour palette in a drawing app, where it could be assigned to a brush and used in the art or design process.

The color sensor would be equipped with several photodetectors able to measure light for different color channels, which would let it detect and sample a color from a real world object, like a flower. The stylus could also be equipped with a light to make it easier for the photodetectors to accurately determine a color, and the rest of the patent describes an Apple Pencil-like design with an elongated body, a tip, and an opposing end, with the tip able to work with a touch-sensitive display. Apple says the color sensor functionality could be located at the end of the stylus, at the tip, or coupled to the tip through a light guide.

While this wouldn’t the first color sensing device on the market – take the Nix Pro and Color Muse for example- the idea of integrating one into the Apple Pencil could definitely add a whole new dimension to drawing and painting on the iPad.